Bangladesh GDP, after almost a decade of 6 per cent plus growth, has achieved 7.24% in FY 17. Bangladesh ranked 31st among the world’s 32 largest economies in 2016. Its GDP (PPP) was $628 billion, and it was projected to increase to $3,064 billion in 2050, according to report of PricewaterhouseCoopers (PwC), as mentioned by ICC Bangladesh to its latest News Bulletin editorial (April-June 2017 issue).

By 2050 Bangladesh, India and Vietnam will become the fastest growing economies, with Bangladesh expected to see an impressive growth that will push it to 23rd place overall, the report added. PwC ranked 32 countries by their projected global gross domestic product (GDP) at purchasing power parity (PPP), and made projections for up to 2050. 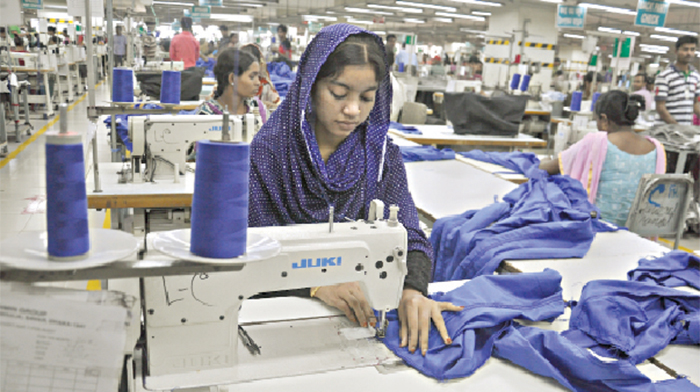 The Business Insider UK in its latest report added Bangladesh as the fifth country in its list of Asian Tigers as the country’s economy has been one of the top performers in Asia over the past few decades, averaging an annual growth of more than 6%. Business Insider UK‘s list of Asian Tigers refer to Hong Kong, Singapore, South Korea and Taiwan – the four countries that experienced rapid growth between the 1960s and 1990s.

During last FY many of the fast-track projects have also attracted foreign investment. The Asian Development Bank announced $1.5 billion fund to build a key train line from Dohazari in Chittagong to Cox’s Bazar ( the logest sea beach in the world), in its largest investment in railways in the continent. ADB is funding this new railroad, which is part of the Trans-Asia Railway network, to improve Bangladesh’s access to Myanmar and beyond.

But despite all these good signs, Bangladesh economy embraces 2017 with some other challenges including declining remittance and rising nonperforming loans from the domestic side. Volatile global and gulf region politics and troubled European economy pose as external threats. Experts observed that Bangladesh may face formidable challenge in moving to a higher growth path of 8 percent plus GDP and earn the status of a middle income country. The foremost challenge lies with the stagnant private investment followed by weak institutional capacity to implement development projects.

According to ADB, in order to accelerate inclusive growth and reduce poverty and income inequality, the country will require a substantial increase in yearly investments from 29.0% of GDP in FY2015 to 34.4% by FY2020. More than $11 billion in external resources will be needed during the plan period for public sector investment. Even though the public sector investment has increased to nearly 7 percent of GDP from 5 percent several years ago, the private investment remains static at 22-23 percent for over five years.

Considering its strategic location, Bangladesh has huge potential to attract more foreign direct investment (FDI) as the central point of eastern part of South Asia, being a connector between South and East Asia. Increased private sector investment will allow the country to reap the benefit of annual world trade growth of US$1 trillion under implantation of WTO Trade Facilitation Agreement.

The main hurdle the country is facing is inordinate delays in implementation of development projects, unreasonable delays in contract enforcement, inefficient management and congestions at Chittagong Port as well as at Dhaka International Airport, the two main gateway for international trade. As a result, according to the latest World Bank annual ratings, Bangladesh ranked 176 among 190 economies in the ease of doing business while the war torn economies such as Iraq and Syria ranked 165 and 173 respectively.

In order to stepping into higher growth trajectory, Bangladesh urgently needs to overcome the hurdle of project implementation delays, reducing average number of days required for contract enforcement and improved port facilities, among others.