Amber Bellows, a 28-year-old rising star of the extreme sport, died Saturday afternoon after falling nearly     2,000 feet due to a failed BASE jumping attempt with a wing suit at Zion National Park, park officials said.

Her husband of two weeks and BASE jumping partner, 29-year-old Clayton Butler, told officials that the couple hiked up Mount Kinesava, a rugged route in the southwestern corner of Zion, that morning.

Butler told authorities that Bellows was the first to jump while he waited behind, but when he noticed his wife’s parachute failed to deploy properly, he leaped after her but failed to reach her in time. The body was recovered the following day in a remote, rugged location, park officials said.

Butler could not be reached by ABC News for comment.

Josh Lloyd, a promotional specialist who worked with Bellows and her husband, told ABC News today that Bellows had high ambitions to become a professional BASE jumper and called her “one of the premier BASE jumpers in the world.”

The leap at Zion National Park would have been one of hundreds of BASE jumps for the fearless athlete, Lloyd said, noting that Bellows and her husband hired him to produce video content of the couple’s jumps together as a way to boost their professional career.

“I represent athletes of all kinds and I’ve never come across such a horrible situation like this,” Lloyd said. “Amber is probably one of the most genuine people I’ve ever known. She is just so lighthearted and her laugh is so infectious. You don’t run into people like this every day.”

Bellows’ death was the first ever fatality of a BASE jumper in Zion National Park, said park officials, noting that BASE jumping is illegal within the park.

“It is just really sad and our condolences go out to her family and friends,” Zion National Park Acting Superintendent Jim Milestone said in a statement. “BASE jumping is so dangerous. Even for those that are experienced, like Amber Bellows. That is one of the reasons it is not allowed in the park.”

Lloyd said that while this is known by the BASE jumping community, it doesn’t stop them. “Hundreds of BASE jumpers flock there every year to do it anyway,” he said.

But a park spokesman who has worked there for more than a decade told ABC News that there is no indication BASE jumpers frequent the Utah park. “In my 11 years here, this is the second encounter I have heard of,” he said.

He also said Mount Kinesava is not an area of the park that is regularly maintained and is rarely recommended to visitors as a park attraction.

Butler told park officials that he hiked more than two hours over what officials described as “a fairly remote location with difficult terrain.” Officials said that since the mission was recovery and not a rescue, and the location of Bellows’ body was unknown, Grand Canyon National Park’s rescue team commissioned by Zion National Park decided to wait until the following morning to reduce risk.

“Amber will be missed, not just by the BASE jumping community, but everyone in Salt Lake City who knew her,” Lloyd said. 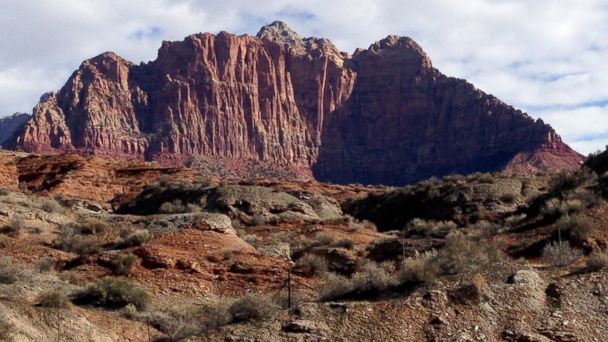 Friends and family have posted anecdotes and photos of Bellows on social media to keep her memory and spirit alive.

“Thank you so much for remembering our sweet Amber,” Kelli Bellows Pugh wrote on Facebook. “We are grateful for the thoughts and prayers from our friends and family. Your support and well wishes are truly appreciated. As a family we would like to request that the press and media refrain from contacting us while mourn our loss and heal. Thanks again to everyone for all of your love.”

The incident is still under investigation, park officials said.