Talking to reporters at his Secretariat office this morning, Minister AMA Muhith disclosed that Bacchu went to his residence and tendered his resignation letter to him yesterday.

However, the ground Bacchu cited for his resignation could not be known immediately. 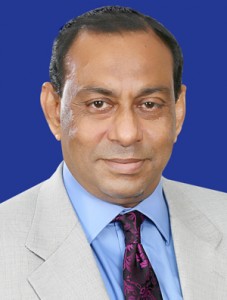 While talking to reporters at secretariat today, the finance minister said though Bacchu tendered his resignation, he, if found guilty, will be brought to book.

Established in 1989, BASIC was one of the best-run government banks until 2009, when the government appointed Bacchu as the chairman.

Spearheaded by Bacchu, the bank indulged in gross irregularities in giving out loans which include no verification of customer’s creditworthiness, absence of KYC (Know Your Customer) procedures and granting loans to defaulters.

BB investigations found that the bank’s chairman has arbitrarily approved many loans despite the branches concerned giving out negative notes on the clients.

For instance, the bank’s Gulshan branch showed a Tk 60 crore classified loan of Ocean and Design (BD) Ltd to be a regular one, to show BASIC’s financial health to be better than it is.

The branch also gave out $4.25 lakh export value to one of its clients; the amount was never repatriated to the bank, and it never took any action.

Another irregularity detected was that the branch created around Tk 10 crore forced loan against import bills of three clients. The loans have already become classified.

In a bid to check the irregularities, BB had signed a memorandum of understanding with the bank in July last year, where it pledged to execute a number of actions to bring back normalcy by December 2013.

The state-run scheduled bank, however, failed to comply with the various conditions of the MoU.

The agreement obliged BASIC to limit its single borrower exposure to 15 percent of the bank’s total capital, but it overshot the ceiling for 61 of its clients, giving out Tk 2,111 crore more in loans than it should be.

BB also appointed an observer in the bank, who submitted many negative reports to the central bank about the continued irregularities.

Earlier on May 25, the central bank fired BASIC Bank Managing Director Kazi Faqurul Islam for presiding over a period of serious irregularities at the state-run scheduled bank.