Presently in the green tech and clean energy communities, solar energy has been getting a much-needed boost in both research and advancement. As a result, said fruits of labor have yielded tenfold, especially when the Inquisitr reported that Peru provided power to 2 million of its poorest residents by giving them free solar panels. The South American country’s endeavor is just a prime example of how current electrical power systems may become fully dependent 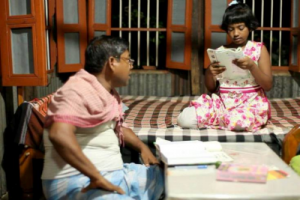 on the sun, especially if they start looking like windows.

However, Peru’s initiative (though novel) does not compare to what the country of Bangladesh has planned. According to reports, the Asian country plans on becoming the first nation to run 100 percent on solar energy.

According to an article by Reuters and followed-up by both Inhabitat and Minds, the Bangladesh government began a program known as the Solar Home System (SHS) government program. Initiating back in 2011 with one million Bangladeshi homes being powered by solar energy, they add more solar panels to 50,000 to 60,000 homes every month. The plan is to have the entire country operating on solar energy by 2021. Presently, 15 million homes (and counting) are powered through their endeavor.

This is a huge undertaking for Bangladesh, especially since the country is the eighth most populated country in the world, with 160 million citizens. Yet the outcome is worth all the input, because it has brought light to literally millions of people. Prior to the installment of said solar panels, the majority of Bangladeshi people lived off of the power grid, utilizing candles and lanterns during nighttime hours. With solar energy, business are able to stay open and children can study for school past dusk hours. It should also be noted that solar energy provides consistency and dependability when it comes to power usage. For the few who were connected to the power grid, it was unreliable and often suffered blackouts.

Even though the aforementioned details above enforce the positive effect the SHS government program to the Bangladeshi people, personal accounts are always more concrete. The video below shows such an account by Farida, a tea stall owner who talks about how her life has changed after purchasing solar panels.

The SHS government program is continuing on, but its finalization in 2021 is still far off. So for now, the Bangladeshi government is aiming to fulfill their goal for 2017, which is to generate 220 megawatts of electricity for around 6 million households.

Now that you know the country of Bangladesh is in pursuit to be the first nation that depends 100 percent on solar energy, what are your views? For those who live in first world countries, especially in the United States, do you think such an endeavor is possible for your nation?