Bangladesh has sought an extension of the UK’s GSP facility to Bangladeshi products until 2030 to boost trade and also its greater support for a faster post-pandemic SDGs recovery. 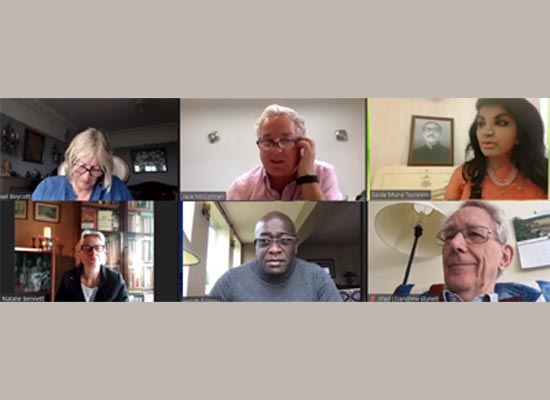 Apart from the pandemic, she said Bangladesh along with recovery of crops and infrastructural losses of more than US$6 billion caused by extreme climatic disasters like the recent cyclone Amphan and monsoon flooding making millions homeless and slide back to poverty.

“We also need access to vaccine,” the high commissioner added.

This was an oral evidence session of the British parliamentary inquiry into progress and effectiveness of UK Aid in supporting Bangladesh’s SDG achievements and the impact of Covid-19.

While giving evidence, Tasneem said Bangladesh, steered by its visionary Prime Minister Sheikh Hasina, delivered brilliantly on its pre-Covid SDGs performances as witnessed last month during its 2nd Voluntary National Review at the UNHLPF on SDGs in New York, exceeding many SDG targets ahead of the slotted 2020 and 2025 deadlines.

The High Commissioner also apprised the APPG that having assumed the Presidency of the Climate Vulnerable Forum (CVF) in 2020, Bangladesh premier is prioritising climate financing, reducing extreme climate disaster vulnerabilities and building back a climate-resilient post-Covid future for the country and other CVF members.

Dhaka also laid emphasis on the implementation of the “Bangladesh Delta Plan (BDP) 2100” and working closely with the UK Presidency of the COP26, she added.

“Prime Minister Sheikh Hasina’s $12.13 billion stimulus package, nearly 4 percent of Bangladesh’s GDP and the highest in South Asia is keeping the country’s economy afloat and protecting livelihoods of the vulnerable during the coronavirus pandemic,” the envoy said.

She suggested that the UK needs to review its post-Covid, post-Brexit ODA priorities towards Bangladesh shifting to greater allocations to climate resilience financing, low-carbon energy initiatives and enhancing trade capacities.

The high commissioner paid a tribute to Bangladesh’s Father of the Nation Bangabandhu Sheikh Mujibur Rahman and British Prime Minister Sir Edward Heath at the beginning of the session for laying the foundation of a strong Bangladesh-UK value-based development partnership since Bangabandhu’s historic visit to the UK on 8 January 1972.

Members from the UK’s APPG on SDGs including its Chair Lord Jack Wilson McConnell accompanied by Baroness Natalie Louise Bennett, Lord Andrew Stunell and Baroness Rosel Boycott were present at the inquiry session.

Held at the advent of UK DFID’s merger with UK Foreign and Commonwealth Office (FCO) in September 2020, the evidence-gathering session was considered highly important to be followed up with a report, which will be launched by UK Parliament with recommendations to ensure the SDGs are at the centre of UK’s efforts to help partner countries recover from the impacts of Covid-19.