The government has responded positively after China suggested Bangladesh set up a special high-level committee under the Prime Minister’s Office (PMO) for better coordination and facilitation of the various Chinese-proposed projects in the country aimed at its development needs, reports UNB.

Following the Chinese embassy letter sent to PMO in this regard on January 25, this 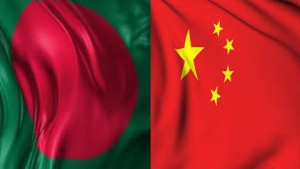 year, the first inception meeting was held at the PMO on February 19. The PM’s Principal Secretary Md Abul Kalam Azad was in the chair to review the progress of the Chinese-assisted projects in Bangladesh, and the future course of action on the pipelined projects.

Talking to UNB, an Economic Relations Division (ERD) official said that the meeting was apprised of the progress in implementation of the Chinese government-assisted projects.

It was found that the progress of the Shahjalal fertilizer factory project (that is Chinese-assisted) till November 2014 was 88.36 percent, and the 3G and 2.5G network introduction and expansion project till June 2014 was 95.14 percent.

The implementation progress of National ICT Infra-network Development project of Bangladesh government, phase-2, till January 2015 was 55.94 percent; the work for Padma (Jasaldia) water treatment plant is at the final stage while the implementation of 7th Bangladesh-China Friendship Bridge (Kazirtek Bridge) till December 2014 was 82 percent which is satisfactory.

The ERD official said that the meeting also stressed the need for speedily completing the commercial contract for National ICT infra-network development project of Bangladesh government, phase-3, and establishment of Single Point Mooring project alongside a tunnel beneath the River Karnaphuli.

Besides, Expression of Interest (EoI) has been invited to appoint management consultant for the construction of the 2nd unit of Eastern Refinery.

The Chinese embassy recently informed the PMO that a list of development projects in Bangladesh submitted to Beijing, involving over US$8.69 billion, for inclusion in China’s 13th five-year plan (2016-2020), would be considered.