Black tiger shrimp exports from Bangladesh are facing a slowdown in the wake of reduced demand in major markets.

An increased supply of vannamei shrimp from other exporting countries and their reduced prices account for the slowdown, reports The Daily Star. 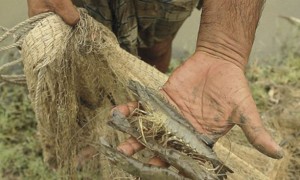 Shrimp exports rose 3.59% year-on-year to $180.3 million between July and September this year. In contrast, 52 percent growth was recorded in the same period of last fiscal year, according to Export Promotion Bureau.

Export growth has been slowing since the beginning of current fiscal year: processors see falling demand.

Despite price reductions during the March-June period, demand for shrimp in the EU market has not improved much this year, Food and Agriculture Organisation (FAO) of the United Nations said in its quarterly publication Globefish.

Overall imports of shrimp in Europe increased marginally and the incremental imports were registered for vannamei shrimp.

The demand for black tiger shrimps from Bangladesh has declined in the French market as it is now perceived to be too expensive.

“Orders for Christmas sales come usually till the month of October and there were not that many of them this time.”