In a statement, the Philippine Navy said that BNS Somudra Joy, which carries 40 tons of assorted relief goods, will be in the country from November 29 to December 1.

“The purpose of the visit is to support the national government efforts in the conduct of humanitarian assistance and disaster relief operations for typhoon victims,” Lieutenant Commander Gregory Fabic, Navy spokesman, said in a statement. 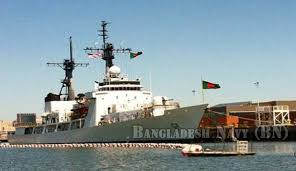 Supertyphoon ‘‘Yolanda’’ (international name: ‘‘Haiyan’’) struck the Philippines on November 8 and killed thousands of people as well as displaced millions. It was the strongest storm recorded to make landfall.

The ship is a decommissioned US Coast Guard Hamilton Cutter, which is the same model as the Philippines’ “most capable ships,” the BRP Gregorio del Pilar and BRP Ramon Alcaraz.

Personnel of the Philippine Navy will be the host of the visitors and will conduct a port briefing aboard the ship.

The ambassador of Bangladesh will also be hosting a dinner reception. A formal handover of goods to the representatives of the Department of Social Welfare and Development and Office of Civil Defense will also be held.

“The visit is expected to enhance the bilateral relations between the Philippine Navy and Bangladesh Navy especially in providing mutual assistance during times of disasters like the recent typhoon that devastated Eastern Visayas,” Fabic said.