Share price index at both DSE and CSE experienced downturn on Wednesday. Earlier, both the bourses gained in two successive sessions on Monday-Tuesday following losses in four consecutive sessions till Sunday.

On Wednesday morning, trading at both the bourses began on a positive note but ended the day in red amid the news of increasing political clashes across the country. 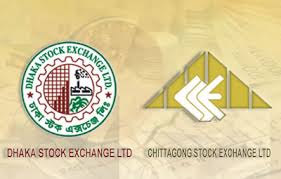 The second round of a 131-hour blockade by the BNP-led opposition alliance are under way since Saturday morning after the last week’s 84-hour blockade in protest against the announcement of the election schedule without any political consensus.

On the day (Wednesday), prices of most of the issues decreased in both the bourses. The volume of trade in terms of value and number was lower at both DSE and CSE on the day than on Tuesday.

Most of the traded issues of the day included those from banking, insurance, financial institutions, and agro industries sector.