Sr. Vice President (VP) of Bangladesh Women Chamber of Commerce and industry (BWCCI) Hasina Newaaz has been elected as Board of Director of FBCCI for the term 2015-17. 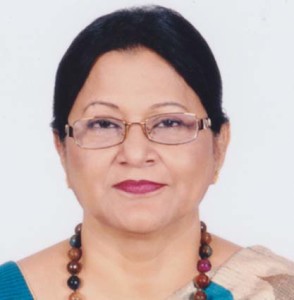 She has been a candidate from the group of chambers in the election and got elected securing 255 votes out of 418 votes. The total number of voter was 436.

Mrs. Hasina Newaaz was a successful women entrepreneur. Mrs. Newaaz is also the Director of Agrani Bank Limited. In the year 2005, she won “Bangladesh Business Award” as Outstanding Woman in Business. She has been successfully contributing BWCCI from the very beginning of its journey.