US Defence Secretary Ashton Carter on Wednesday urged NATO allies to do more to help the US-led anti-Islamic State coalition finish the job in Iraq and Syria and destroy the jihadi group. NATO defence ministers earlier agreed to extend training of Iraqi troops from Jordan to Iraq itself and to consider deploying AWACS surveillance aircraft. “I would like to see NATO do more,” Carter told reporters after ministers met at the alliance HQ in Brussels. “I believe there is still more NATO can do to hasten the destruction of ISIL,” he said, using another name for IS.

US embassy in Dhaka today shared tips on applying for U.S. visas and avoiding fraud as it stressed the importance on providing high standard of customer service to visa applicants. Consul General of the U.S. Embassy in Dhaka Elizabeth Gourlay through a video presentation 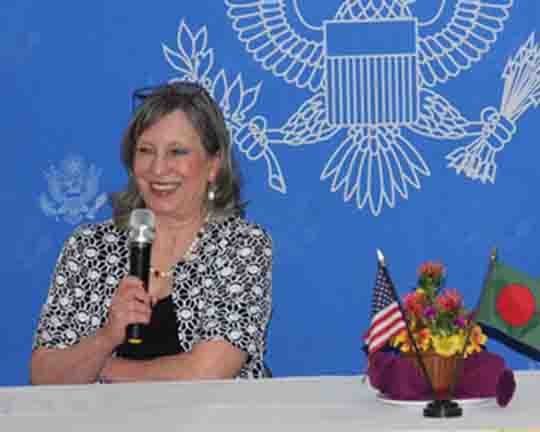 shared the tips on U.S visa application in an effort to educate Bangladeshis about visa fraud and scams at the embassy premises in the city, said a US embassy press release. “Each year, thousands of Bangladeshis successfully apply for a U.S. visa. ...
The six-day 4th China-South Asia Expo (CSA) and the 24th China Kunming Import and Export Commodities Fair kicked off in Kunming today (Sunday), with the Chinese authorities pledging more support to South Asian and Southeast Asian countries in promoting trade and investment. The colourful ceremony was held at the Dianchi International Convention and Exhibition Centre, overlooking the tall reeds in the Wujiatang Wetland Park of the Kunming, the capital city of Yunnan province. The function hall was packed with invited people from different provinces of China and the

Hillary Clinton declared a historic victory for women Tuesday as she grasped the Democratic party nomination and the chance to become America’s first female president. “Thanks to you, we’ve reached a milestone,” an ecstatic Clinton told roaring supporters in New York, “the first time in our nation’s history that a woman will be a major party’s nominee.” The former first lady took a monumental step back toward the White House by winning New Jersey, one of six states voting in the last major date of the 2016 primary calendar. The triumph came almost eight years to the day since Clinton’s first bid for the Oval Office bid was spectacularly thwarted by a charismatic young senator called Barack Obama. Two terms later, the 68-year-old declared another glass ceiling broken and set ...

China and Bangladesh on Sunday agreed to deepen bilateral cooperation during a meeting between visiting Chinese Defence Minister Chang Wanquan and Bangladeshi President Abdul Hamid. Bangladesh and China have long been working closely in various fields and the cooperation has yielded fruitful results, Xinhua news agency quoted the Bangladeshi president as saying. Bangladesh has always stood together with China on issues concerning China's core interests and international affairs. The country also firmly supports the China-proposed "Belt and Road" Initiative, said Hamid, adding Bangladesh is willing to have sincere collaboration with China as the two countries jointly promote regional prosperity and development. He expressed hope that the two armies

China’s Communist Party must ensure that philosophy and social science “unequivocally uphold” Marxist principles, President Xi Jinping told a high-level academic seminar, according to state media reports. Xi’s address to around 150 specialists was his latest move to exert greater authority over China’s cultural sphere, following two similar gatherings earlier this year on his vision for the news media and the Internet, and came as the ruling party also seeks more control over universities, reports AFP. 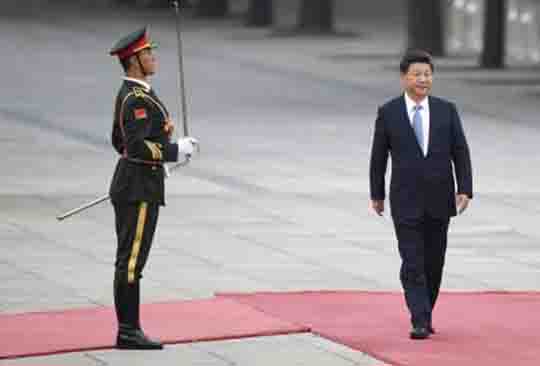