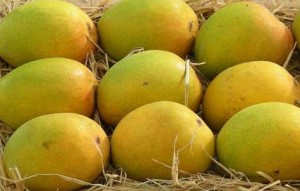 Locals alleged that good-looking Indian mangoes, including Golapkhas, are being smuggled into the country with the assistance of Indian Border Security Force (BSF).

The smuggled mangoes are also sent to other parts of the country, they claimed.

They observed that the Indian mangoes do not rot quickly and do not attract flies which are clear indications they are treated with chemicals.

Akkas Miah, a mango seller at Banapole town, said they do not know what kinds of chemicals were mixed in the Indian mangoes, but the mangoes remain fresh for a long time.

Aminul Islam, Horticulturist of Magura Horticulture Center, said the good-looking Indian mangoes are actually treated with carbide and formalin in order that their ripening is hastened, but the rotting is slackened.

Consumption of chemically-treated fruits may affect vital organs of human body, including liver and kidney, he said.