Commodity prices traded mixed this week as dealers reacted to US stimulus expectations amid weaker growth worries across the globe.

Raw material futures, which had been falling early in the week, recovered some lost ground after Federal Reserve chief- nominee Janet Yellen defended the US central bank’s $85 billion- a-month bond-buying programme, and rejected suggestions that it had generated fresh bubbles in property or stock markets. 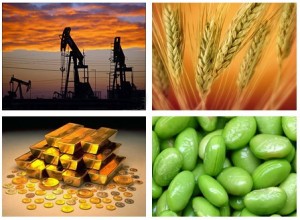 The comments Thursday at her confirmation hearing in front of the Senate Banking Committee. “spurred expectations that any form of (stimulus) tapering would not occur anytime soon”, said Vanessa Tan, an investment analyst at Phillip Futures in Singapore.

It came after official data showed that US commercial crude oil inventories had risen for the eighth consecutive week, by 2.6 million barrels in the week ended November 8.

Last week’s build was more than double the average forecast of one million barrels.

At least two people were killed and 25 wounded as militiamen opened fire Friday on residents holding a peaceful protest to demand they vacate their Tripoli headquarters, a Libyan official said.

The militias are holdovers from the 2011 uprising that ousted dictator Moamer Kadhafi and now a powerful force in the increasingly lawless North African country.

By Friday on London’s Intercontinental Exchange, Brent North Sea crude for delivery in January stood at $107.88 a barrel compared with $104.47 for the expired December contract a week earlier.

On the New York Mercantile Exchange, West Texas Intermediate or light sweet crude for December fell to $93.83 a barrel from $94.44.

Gold prices ended the week higher overall in the wake of Yellen’s remarks regarding US stimulus.

“The ‘Yellen’ effect has managed to push gold… higher as her dovish overtones put any ideas of near-term tapering on the back-burner,” said Triland Metals.

Industrial metals retreated across the board amid speculation that China could revise lower its growth forecast for 2014.

China did though on Friday pledge ambitious reforms to loosen the Communist authorities’ grip on the world’s second- largest economy, as leaders chart the way forward for the next decade.

The ruling party issued a document detailing economic reforms following a key meeting, known as the Third Plenum, which ended earlier this week.

Meanwhile, official data Thursday showed that a weak eurozone recovery slowed to a ‘snail’s pace’ in the third quarter, with powerhouse Germany off its stride and France hit by a surprise contraction.

The 17-nation eurozone economy grew just 0.1 percent in the three months to September after a gain of 0.3 percent in the previous quarter, the Eurostat statistics agency said.

Germany, Europe’s largest economy, eked out growth of 0.3 percent, down from 0.7 percent in the second quarter, while France slipped back, its economy shrinking 0.1 percent after a gain of 0.5 percent.

By Friday on the London Metal Exchange, copper for delivery in three months dropped to $6,965.50 a tonne from $7,115 a week earlier.

“Traders have noticed that the world still has plenty of sugar available and that the demand is not really strong,” said Jack Scoville, analyst at Price Futures Group.

By Friday on the ICE Futures US exchange, the price of unrefined sugar for delivery in March slid to 17.61 US cents a pound from 18.08 cents a week earlier.

Futures recovered further from multi-year low points that were reached on expectations of bumper harvests.

By Friday on the ICE Futures US exchange in New York, Arabica for delivery in March stood at 106.60 US cents a pound from 103.70 cents for the December contract a week earlier.

“Cocoa prices fell… because the weather outlook for the next two weeks means that rapid progress is likely to be made with cocoa harvesting in the key growing regions of West Africa,” analysts at Commerzbank said in a note to clients.

On ICE Futures US, cocoa for March stood at $2,675 a tonne compared with $2,667 for the December contract a week earlier.

GRAINS AND SOYA: Soya and maize gained, while wheat fell.

By Friday on the Chicago Board of Trade, January-dated soyabean meal—used in animal feed—grew to $12.97 a bushel from $12.96 a week earlier.