Despite their vast differences, Pakistan and Israel share this strange coincidence of birth: they were both created to resolve the problematic status of minorities defined partly by religion. Faisal Devji in his latest book “Muslim Zion” says that a year before the 1948 establishment of Israel, Pakistan was founded on a philosophy that accords with Zionism in surprising ways. Like Israel, Pakistan came into being through the migration of a minority population, inhabiting a vast subcontinent, who abandoned old lands in which they feared persecution to settle in a new homeland. But Pakistan has failed to become the homeland of all Muslims. 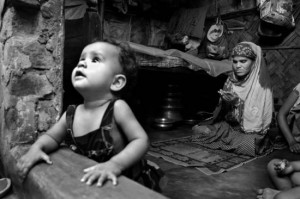 Strange as well as tragic is the story of the Bihari Muslims or ‘stranded Pakistanis’ in Bangladesh. Branded as ‘traitors’ by the Bengalis, they were tormented, terrorised and shoved into 66 squalid camps in Bangladesh after the Pakistan army surrendered to the Indian army on December 16, 1971. This large community of Biharis is an Urdu-speaking Muslim group that migrated to what was then East Pakistan from India after partition. Although not all came from the Indian state of Bihar, they are referred to as “Biharis” in Bangladesh. Anti-Bihari sentiment runs high in Bangladesh because most Biharis supported Pakistan during Bangladesh’s war of independence. Many Biharis are denied Bangladeshi citizenship, and Pakistan, where many Biharis would like to move to, has avoided talks on repatriation despite repeated requests by Dhaka for a settlement.

After independence of Bangladesh the flood gates of oppression opened wider, many thousands Biharis were killed, all of their homes and businesses were confiscated, they were fired from their jobs, their bank accounts seized, their kids expelled from schools and they once more had to seek refuge. International Red Cross created camps to save them from total annihilation. Most did not want to live in Bangladesh, after the battering they had received. So half a million chose to leave for, what was left of their country, Pakistan.

Pakistan only accepted about one third of this population for repatriation. These Stateless people continued returning to their country of citizenship by whatever means possible. At this time there are at least 100 thousand living in Pakistan who are not recognized as citizens of Pakistan. Urdu-speaking persons are a minority in Bangladesh. The Government of Pakistan amended her citizenship act by an ordinance to deny nationality of the remaining Stranded Pakistanis (Aka Biharis). Pakistan’s denial of nationality is without a reason, retroactive, and without due process of law. This has never been challenged in a Pakistani court of law but is patently unconstitutional and illegal as this minority is not guilty of or even charged with any offence in either country. Half a million Bihari Muslims have since lived in slum-like refugee camps, often without basic amenities.

Their ‘crime’ was that having migrated from India to Pakistan in 1947, albeit East Pakistan, they remained faithful to their adopted country in 1971. They have paid and are still paying a terrible price for such loyalty. Even the UN has refused to consider them as refugees, despite the strenuous efforts of Prince Sadruddin Agha Khan, who was a special representative of the United Nations High Commission for Refugees in the seventies. The Stranded Pakistanis are not wanted by anyone, not even Pakistan whose citizens they are (they hold no other nationality), and for which they have sacrificed so much.

In June this year, at least nine persons were killed when a group of about 500 Bengalis armed with machetes and hockey sticks attacked the Bihari Muslims camp at Mirpur, a suburb of Dhaka, the capital of Bangladesh during the Islamic festival of Shab-e-Barat.

In 1984, as Loraine Mirza, a journalist narrates in her book ‘The Internment Camps of Bangladesh’, General Ziaul Haque, the then President of Pakistan had promised to take these people to Pakistan, “even if I have to carry them on my back.” That proposal fizzled out because Zia had made a deal with the Saudi Rabita al-Alami al-Islami and despite a Trust account being set up into which US$278 million of a required $300 million had been deposited, the plan never materialised. Why? Perhaps the answer was provided on January 29, 1991, by Benazir Bhutto, the twice sacked prime minister of Pakistan, while visiting Los Angeles. Loraine Mirza cornered her during a press conference and asked why she had backed out of her pledge, made in 1986, to repatriate the Stranded Pakistanis if she came to power. Benazir gave a long, rambling reply but the gist was that their return would affect the ethnic’ balance of Sindh, her power-base.

In the eighties, Pakistan accepted three million Afghan refugees, most of whom have now become permanent residents of Pakistan, and in 1990-1991, 300,000 Pakistani were forcibly evicted from the Middle East, as a result of the Iraq-Kuwait crisis. The 300,000 Biharis in Bangladesh living in squalid camps without the basic amenities of life have been refused their fundamental right. Those ‘Biharis’ who managed to come to Pakistan by whatever means, such as those who have settled in Orangi Town in Karachi, have rebuilt their shattered lives without any government assistance.

Tahir Mahmoud says that the case of the Bihari Muslims is a particularly tragic case because they are the only true patriotic Pakistanis. While others have lived a parasitic existence in Pakistan, the Biharis have given their lives, blood and even sacrificed their honour and their children for the sake of Pakistan. And yet they remain forgotten and unwanted. Again, the comparison with Jews is instructive. Russian Jews by the hundreds of thousands have been airlifted to Israel, as were the ‘Falashas’, the Black Ethiopian Jews, in 1983 and 1985. Why have the Biharis been given the cold shoulder by Pakistan?

Moreover, the right to citizenship of a state is a basic human right according to the widely subscribed international conventions but unfortunate Bihari Muslims seem to be off-springs of a lesser God. They are children from nowhere. Their parents are adults without an identity.