The European Parliament (EP) is scheduled to see a debate on recent Bangladesh elections at its debate chamber in Strasbourg, France on Thursday.

The debate will focus on fundamental freedoms, human rights and democracy in general in Bangladesh, according to the EP.

The EP included the debate on Bangladesh in its agenda following a request from a number of its members (PPE Group). 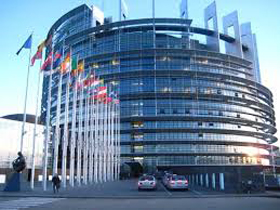 The motion has noted with concern the preliminary results and low turnout for the elections held on January 5.

The motion proposed for a resolution in the European Parliament also says it condemns the acts of violence which occurred in the run-up to and during the elections and particularly attacks against the most vulnerable populations, including women and children as well as religious and ethnic minorities and is deeply concerned about the high number of casualties in these clashes; expresses its condolences to the families of the victims.

It mentioned that the conditions for transparent, inclusive and credible elections were not met and that the people of Bangladesh were not given the opportunity to express fully their democratic choice and calls on all political parties to engage in an immediate and genuine dialogue in order to find a way to hold new free, fair, transparent and peaceful elections reflecting the will of the Bangladeshi people as soon as possible.

It wants all political leaders in the country to de-escalate political tensions and to strictly call on their supporters not to participate in any acts of violence.

The motion also calls on the European External Action Service to monitor closely the human rights and political situation in Bangladesh.

It suggests instructing its President to forward the resolution (to be adopted) to the High Representative of the Union for Foreign Affairs and Security Policy/Vice-President of the European Commission, the Council, the Commission, the European External Action Service, the EU Special Representative for Human Rights, the governments and parliaments of the Member States, the UN Secretary General, the UN Human Rights Council and the Government and Parliament of Bangladesh.