Amid the growing political tension, a debate is going to be held in the European Parliament on Thursday night for a resolution on Bangladesh focusing human rights and forthcoming election issues.

In the proposal, there are calls for formation of a neutral and impartial transitional government that has the confidence of all political parties and the international community to oversee the next crucial election. 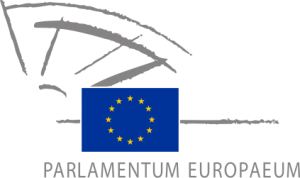 It also calls for the national reconciliation and dialogue between all political parties and a peaceful electioneering which will lead to free and fair general elections.

The debate will be held from 8 pm to 9 pm at the Louise Weiss, Strasbourg, France on issues including next election, general human rights situation, BDR mutiny trial and ICT trials, according to the EU Parliament website.

The proposal came from the Group of the Alliance of Liberals and Democrats for Europe.

The proposal reiterates European Union’s strong opposition against the use of the death penalty in all cases and under any circumstances and its call on the Bangladesh authorities to commute all death sentences and introduce a moratorium on executions as a first step towards abolition of capital punishment.

It urges the Government of Bangladesh to ensure that all journalists and editors are free to express their views and opinion peacefully without being harassed, intimidated, detained or tortured and calls on the Bangladeshi Government and judiciary authorities to respect and guarantee the fundamental human rights of its citizens.

It will remind the government to refrain from purely political motivated arrests; recalls the obligation of the Government of Bangladesh to respect its international commitments in the field of human rights.