The European Investment Bank (EIB) has agreed to provide EUR 82 million to Bangladesh to support more efficient power generation in the country and reductions in emissions.

The project will have important climate change benefits in a country that is especially vulnerable to the impacts of climate change. The project is part of a wider investment programme in the energy sector with an estimated total cost of USD 1.6 billion , whose objective is to facilitate the expansion of power generation, transmission and distribution as well as capacity-building in the country. The EUR 82 million EIB loan will serve to finance two specific projects under the programme, including the conversion of gas-fired plants in Baghabari and Shagibacar to combined-cycle plants. 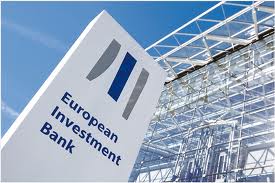 The conversion will lead to efficiency improvements in the order of 75 per cent and an increase in generation capacity of approximately 50 per cent without any rise in the amount of fuel used, thus resulting in significant volumes of CO2 emissions being avoided as well as improved power generation economics.

EU Ambassador William Hanna stated: “I am encouraged by this new intervention by the EIB in Bangladesh. This project will have important benefits for the people of Bangladesh and the sustainability of the energy sector, and will contribute to combatting climate change.”

This loan will contribute to climate change mitigation as well as improving social and economic infrastructure in Bangladesh, which are key priorities for the European Union and also key operational priorities of the EIB.

The programme will be co-financed by other international financial institutions such as the Asian Development Bank (ADB), the Islamic Development Bank (IsDB) and the Agence Francaise de Developpement (AFD) as well as the Government of Bangladesh.

The programme also includes an extensive capacity-building programme partly financed with EUR 5.7 million from the EU Asia Investment Facility. EIB Vice President Magdalena Alvarez , who is in charge of the EIB’s operations in Asia , highlighted that “This operation shows the Bank’s strong commitment, together with that of other International Financial Institutions, to improving access to energy, which is essential to boost economic growth and raise the standards of living of the local population. Sustainable access to the energy supply will also help avoid bottlenecks and will enable the more efficient and rational use of energy resources, thus reinforcing the positive effects in terms of climate change mitigation and adaptation”.

The EIB is extending this loan under its Climate Change Mandate (2011-2013) for non-EU countries introduced in 2011 to support climate change mitigation and adaptation projects across the regions.