Bangladesh’s capital city is the most affordable location to invest in commercial property in Asia, according to new data released today by global real estate portal Lamudi.

Prices to buy an office in the Gulshan-2 area of Dhaka average 2636.36 Bangladeshi taka (US$33.79) per square meter, Lamudi’s ranking of emerging Asia’s top five 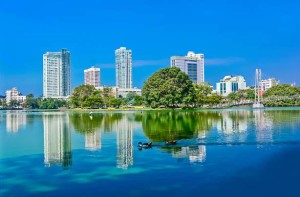 commercial property hotspots shows. These prices sit in stark contrast to areas such as Hong Kong, which has the world’s most expensive commercial property. Renting an office in Hong Kong will set you back an average US$70,000 per square meter, according to figures released by Knight Frank in January.

The commercial real estate ranking is based on average prices per square meter drawn from the sales price of listings on the Lamudi website, which covers more than 30 countries in the emerging markets. The top five list takes into account both affordability as well as the available supply of commercial property in each area to determine the leading locations to invest in office space, many of which are located outside of traditional central business districts.

Gulshan is one of the most affluent areas in Dhaka and is also the area with the largest supply of office space currently listed through Lamudi Bangladesh, the country’s leading property portal. There are currently 80 offices on the market in the combined Gulshan 1 and 2 areas. Taking second place on the list is Kollupitiya, a neighbourhood in Sri Lanka’s capital Colombo, where office space costs about $US90 per square meter. The area has the largest supply of available office space in the country.

The DHA Phase 1 housing community in Lahore, Pakistan, comes third, with office space priced at about US$171.69 per square meter. DHA is located in several Pakistani cities, including Islamabad, Karachi and Lahore. Phase 1 is a well-established estate and was the first DHA development launched in the country. By contrast, prices for office space in the high-end DHA Phase 6 development average US$37,611.16 per square meter.

Medan Satria, an area in Bekasi in Indonesia, takes fourth position. Prices in the area, which is located within easy reach of central Jakarta, average about US$940 per square meter. Rounding out the list in fifth place is the Makati central business district in the Philippines, which has the largest supply of commercial space in Metro Manila with more than 400 offices on the market. Prices here average just under 57,600 Philippine peso (US$1294.49) per square meter.

Top locations to invest in office space in emerging Asia

Launched in 2013, Lamudi is a global property portal focusing exclusively on emerging markets. The fast-growing platform is currently available in 32 countries in Asia, the Middle East, Africa and Latin America, with more than 9800,000 real estate listings across its global network. The leading real estate marketplace offers sellers, buyers, landlords and renters a secure and easy-to-use platform to find or list properties online.