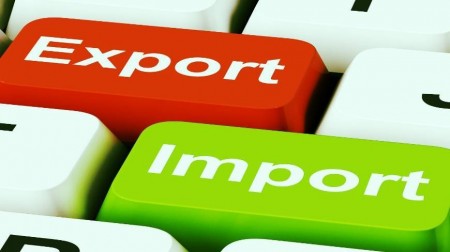 Exports from July to October, the first four months of the 2015-16 financial year, rose nearly 5 percent to $10.13 billion from the same period a year earlier, 3 percent short of the target, the Export Promotion Bureau said.