A Bangladeshi man who for decades walked daily from dawn to dusk in the capital Dhaka, trailed by believers of his supposed healing powers, died on Thursday, police said. 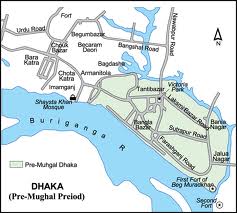 More than 5,000 followers of Julfikar Haider converged on a field in suburban Dhaka where his body was brought to pay their last respects, local police chief Azizul Haq told AFP.

“He was known as Hata Baba (the walking seer). He would rarely speak to anyone but his followers believed he could miraculously cure disease or overcome troubles if they walked with him,” Haq said.

Wearing a a traditional Bangladeshi lungi and a robe, the dreadlocked Haider was a familiar sight on Dhaka’s busy roads.

He walked while hundreds of people — some carrying water, food or hand-held fans to cool him — would follow behind.

He walked in all weather, defying scorching sun, driving rain or biting cold.

“He fell sick and was admitted to hospital six days ago. He died early this (Thursday) morning. He was over 90,” Haq said.

One son, Ladla Haider, told the newspaper’s online edition his father suffered a heart attack six months ago and doctors advised him to rest.

“But he could not stop walking,” his son said.

Another news portal, Onlinebangla.net, said Haider was born in the Indian state of Bihar and had been a textile worker before he began his daily walks around four decades ago.