Drawing parallels between the cold blooded killings of bloggers in Bangladesh and the murder of M.M. Kalburgi, a writer and rationalist from Karnataka, Bangladeshi writer Taslima Nasrin said the incident showed the growing intolerance of religious fanatics in both India and Bangladesh.

“Is there no freedom of expression in India? It is supposed to be the largest democratic country and a secular one. In that case, why are rationalists being killed,” asked Nasrin. 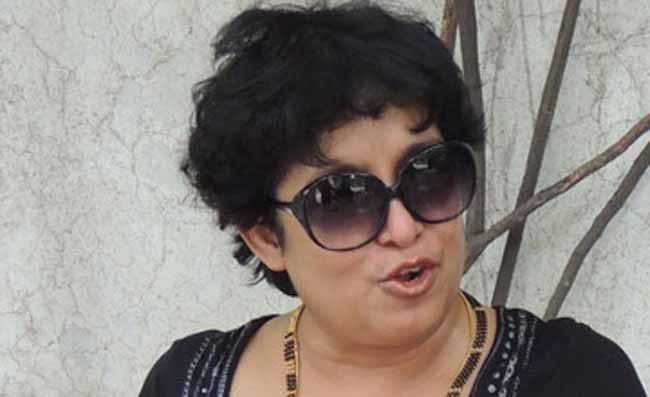 Expressing hope that the Indian government would rein in Kalburgi killers, Nasrin said that she was concerned about the earlier killings of the Indian rationalists Narendra Dabholkar and Govind Pansare.

“I was disturbed when I read about the killings of rationalists Dabholkar and Pansare, even if I don’t know them personally. I live in India and I found it much safer than Bangladesh. I hope the Indian government will take action against the murderers. Let’s have free speech in the subcontinent,” she said.

The writer was vocal in social media and in her writings about the recent slaying of four secular bloggers. “(Bangladesh Prime Minister) Sheikh Hasina has been silent and she has not taken any action against the killers,” said Nasrin.

Bangladesh has witnessed the murder of four bloggers this year. “The secular bloggers Avijit, Ananta, Babu and Neel were killed in Bangladesh because they spoke against religion and they were atheists. The Sheikh Hasina government was silent. In fact, they work hand in hand with the extremists,” alleged Nasrin.

Ruing that Bangladesh was soon going to be “another Pakistan”, Nasrin said that free thinkers and atheists were already fleeing the country. “Bangladesh is going to be another Pakistan. There is no democracy and there are many Islamic fundamentalists in the government and in the ruling party,” added Nasrin.

Maintaining that Islamic fundamentalism was a bigger threat, Nasrin blamed Islam for the violence. “Islam tells people to kill non-believers. However, Hindu religious texts like the (Bhagwad) Gita call for peace,” she said.

Nasrin fled Bangladesh in 1994 after death threats by Islamic fundamentalists for her views on Islam. Although she took shelter in Kolkata in 2004, she had to leave after protests in 2007.

While Nasrin always maintained that India was home to her, it was only in 2011 that she got permission to live in Delhi. Last week, the Indian Government extended the visa for her stay in India for another year. She then returned to India.

Nasrin is also happy about the newly-released film “Nirbashito”, a story based on her life. Directed by Churni Ganguly, the movie is being released in the capital. “I am happy about the way it is made. Although it has not going into the details, it has done justice to my story,” Nasrin said.