Shooting of popular TV actress Farzana Chhoby acted first movie ‘Joshna Raat-er Golpo,’ directed by Biplob Haider, has been finished one year ago.
Due to various reasons, Chhoby didn’t complete its dubbing. This time, director, producer and actress Chhoby took the initiative and completed dubbing of the movie.
Chhoby has finished dubbing of movie ‘Joshna Raat-er Golpo’ this week. While talking in this regard Farzana Chhoby told this correspondent, “Its really different excitement, another feelings. There is absolutely different liking to take part in own dubbing.

I am really feeling well and enjoyed to take part in dubbing. I think viewers will enjoy to watch the movie.”
It may be mentioned that Farzana Chhoby is not only taking part in faction plays but also acting in drama serials now. 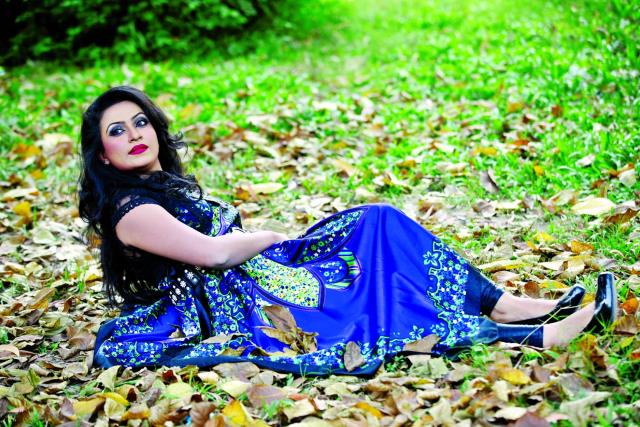