Bangladesh is not the first place you’d think of when talking about startup ecosystems. Their sheer size – a population of 156 million – however makes it the eighth most populous country in the world, and that alone deserves some reckoning. 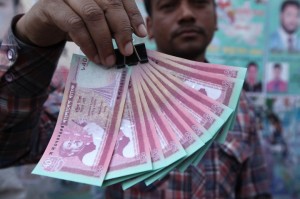 Here’s why. Despite only 21 percent of its population being internet users, that already makes up roughly 33 million people – not a number to laugh at. Throw in another 114 million mobile phone subscribers, and you’ve got a huge market just waiting to be taken. With 94 percent of its internet users accessing the internet via a mobile device, their situation is not unlike Myanmar, which has shown lots of promise in recent years.

This is one of the reasons why Silicon Valley-based Fenox VC (disclosure: Fenox is a Tech in Asia investor) has taken an interest in the country, and is looking to put together a US$200 million fund – with the help of local and global entities – to invest in startups emerging out of Bangladesh. This will make it the first Silicon Valley VC firm to enter the country, and it believes that “Bangladesh is ready to start tackling challenges to create a rich startup ecosystem.”

“Bangladesh has a large, young population, an outstanding internet and mobile growth with an unexplored entrepreneurial system which all make Bangladesh a place of innovation, discovery, change, disruption, creation and investment,” says Kyle Kling, VP of business development at Fenox VC. “For Fenox, Bangladesh qualifies as the right country to be a part of in terms of developing the world’s most influential startups.”

Besides just putting their money in, Kling says that Fenox intends to come down to the ground and “nurture, develop, and grow Bangladeshi companies while connecting them to the right strategic players.”

With this in mind, Fenox is putting its money where its mouth is with an investment in Bangladeshi internet portal Priyo, which is touted as the “Yahoo” of the country with a similar content model. According to Kling, the portal sees over 1 million unique visitors and 915,000 pageviews per day. They’re working with several content partners and newspapers to share and syndicate news.

With the rapid growth of mobile and internet users locally, the company expects to continue an upward trajectory. The team is now in the midst of working out a partnership with Bangladesh’s leading cell phone provider, GrameenPhone, which has 50 million users, as well as local smartphone vendor Symphony, for a joint marketing campaign. If successful, it will see Priyo’s mobile app and logo pre-installed on up to 5 million Symphony smartphones, and GrameenPhone will also provide free internet browsing access to the internet portal through its mobile internet.

Zakaria Swapan, founder and CEO of Priyo, believes that the entry of Fenox will “redefine the local high-tech industry.”

“Start-up culture is very new in Bangladesh. Our young entrepreneurs have many ideas [that] can solve the local problems. But, getting proper funding at right time is a big challenge for them. Bangladeshi start-ups need proper funding, management and right strategy to be successful even in local market,” he explains.

Anis Uzzaman, general partner and CEO of Fenox VC, says: “Priyo is a perfect example of a Bangladeshi startup in which Fenox VC sees stunning potential. Being the top news portal in Bangladesh, backed by an outstanding team, coupled with Bangladesh’s explosive internet and mobile growth, makes Priyo a very exciting venture.”