The exchange rate of Taka vis-à-vis US dollar maintained stable tone last week. The market will see the same tone next week as well.

The average daily inter-bank USD/BDT transaction volume was about $25.73 million against around $50.23 million of the week before. 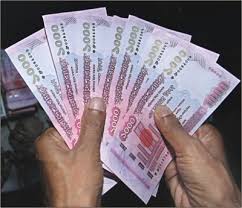 Most of the banks kept their published foreign exchange rates unchanged last week. The USD/BDT selling rates for importers of major foreign and private banks was at 77.82-78.35, while USD Buying rates from exporters were at 76.82-77.35. For non-commercial payments such as Tele Graphic Transfer as donations, wage earners remittance, dollar drafts etc, the average T.T Buying rate was in the range of 76.82-77.35 while average T.T Selling rate was at 78.0678 on the last working day.

USD/BDT Swap market last week was very much active. The daily average volume of swap transaction was around $ 48.50 million, reports the Financial Express.