Actress Juhi Chawla says there is “no strain” in her friendship with Shah Rukh Khan and that the superstar would be there for her whenever she needs him. 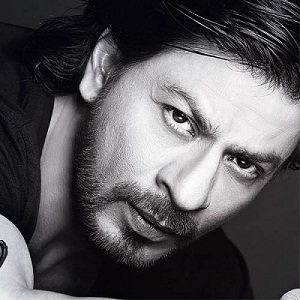 There have been reports of the two no longer being good friends. But, Juhi insists their friendship is strong, contrary to reports.

“It (friendship) is not strained or anything. With our growing lives, schedules we get busy. Like today Madhuri Dixit and I are working for a film because our work has brought us together. Then she will be busy with `Jhalak Dikhla Jaa` and I will be busy with my work. How and when we will meet next we don`t know,” Juhi said.

“If I need something and I call Shah Rukh, I know I will get through him in an instant but I will not trouble him, because I know he is very busy, so I really need not take his time,” she said.

Juhi wonders why their friendship is questioned often.

“I feel why it should be? I think it should be left to individuals to decide whether they get along or not, whether there is a connect more than work or not, then you can be friends,” she said.

The actress does not feel upset about the reported growing animosity between her and Shah Rukh.

Apparently, the friction between Juhi and Shah Rukh started when her brother Bobby was replaced with Venky Mysore as the CEO of Red Chillies, without informing the actress.

When asked who are her friends from the film industry,
Juhi said, “Whosoever I have worked with…Whenever I meet them I will be nice to them, be it Aamir Khan or Shah Rukh Khan or Amrita Singh and others. But it is not that I talk to them every day and ask what you are doing and all. That doesn`t happen.”

Shah Rukh and Juhi were seen as one of the best on screen pairs. According to Juhi, the secret behind their chemistry was the sparkling films that they were offered.

She teamed up with the superstar in several movies, including `Raju Ban Gaya Gentleman`, `Darr`, `Duplicate`, `Yes Boss` and others. Most of their films have been hit.

On work front, Juhi will be seen next in `Gulaab Gang`, which is loosely based on Uttar-Pradesh based Sampat Pal`s “Gulabi Gang”.
Director Soumik Sen has managed to bring two powerful actresses — Madhuri Dixit and Juhi Chawla — on screen for the first time.

While Madhuri is the main lead in the film, Juhi will be seen in a negative role.