The annual general meeting (AGM) of Gaibandha Chamber of Commerce and Industry (GCCI) was held at Zilla Parishad auditorium on Wednesday.

Deputy Commissioner (DC) M. Zahurul Islam Rhohel attended the function and addressed it as the chief guest and additional district magistrate Kamal Uddin Biswas was present as the special guest. 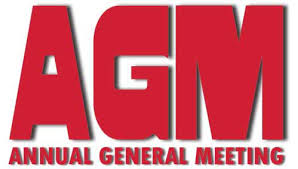 The business leaders underscored the need for setting up small and medium industries including agro based ones to push forward the neglected and backward district towards desired development and to create employment opportunity.

They also sought cooperation of the government to build town bypass road, introduce Balashighat-Bahadurabadghat for ferry movement, and construct multipurpose bridge over the BrahmaputraRiver to ease the communication between the capital and the northern districts.

Speaking on the occasion, DC M. Zahurul Islam Rhohel said initiatives had been taken to establish a special economic zone in the district for its overall development and also assured them to give his all-out administrative help and assistance to take the district ahead.

Earlier, annual reports for last few years were presented at the AGM and approved unanimously by the members.