Exports of readymade garments from Bangladesh registered double-digit decline in the first month of financial year 2015-16, according to the latest government data.

In July 2015, Bangladesh earned $2.215 billion in garment exports, showing a decrease of 12.02 per cent compared to exports of $2.518 billion made in the corresponding month of the previous fiscal, Export Promotion Bureau data showed.

The decline in the value of garment exports was in tune with the 11.96 per cent drop in overall exports by Bangladesh during the month. One reason for the decline in exports is the holiday 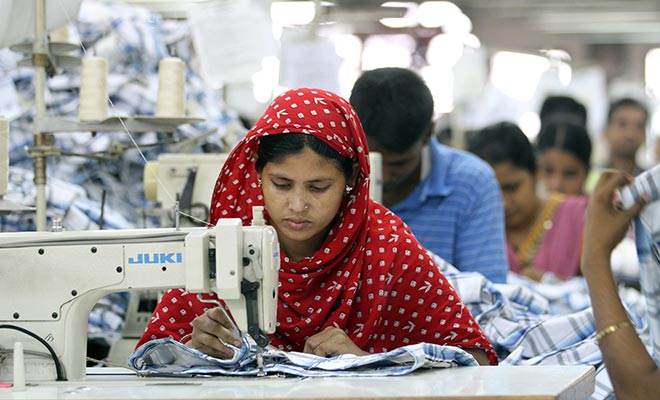 season owing to Eid-ul-Fitr celebrated during the month.

Woven and knitted apparel and clothing accessories’ exports together accounted for 84.38 per cent of $2.625 billion worth of total exports made by Bangladesh during the month.