West Indies opener Chris Gayle will miss the one-day international series against England with a back problem, the West Indies Cricket Board (WICB) said on Saturday. 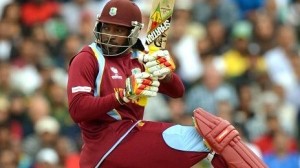 Dwayne Smith has been called up as replacement for the three ODIs against England in Antigua and Sunday’s one-off game with Ireland at Sabina Park in Jamaica, the board said a statement.

Gayle, 34, suffered a stiff lower back after the first T20 international against Ireland on Wednesday and did not play in Friday’s second game. He will have treatment in Jamaica.

The one-day series against England begins on February 28 with further matches on March 2 and 5 before three Twenty20 internationals in Barbados.