Trading firm Glencore has won a tender to supply 50,000 tonnes of wheat to Bangladesh after submitting the lowest offer at $303 a tonne including CIF liner out, an official at the state grains purchasing agency said on Monday. 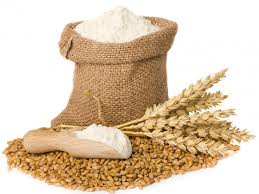 This was the lowest price it has paid in tenders for wheat in the current financial year that began in July 2013.

The source of the wheat would be India, market insiders said, as it is competitive with rival supplies from the Black Sea region.

Such imports are crucial for the South Asian nation to feed its poor and keep domestic prices stable at a time when political turmoil has hit supply chains and government reserves are at five-year lows.

The imports are part of a plan by the Directorate General of Food, the state grains buyer, to ship in 850,000 tonnes of wheat in the year to June 2014.

In the previous financial year, the state buyer imported only 350,000 tonnes against a targeted 800,000 tonnes, mainly because of supply failures by traders.

U.S. wheat futures hit their highest level in 5-1/2 weeks on Friday on technical buying after prices passed through key benchmarks.