The government in Bangladesh is set on stopping dissenters from expressing their opinions, claims Nurul Kabir, the editor of the leading English-language daily newspaper New Age, in an interview with DW.

The shrinking space for free speech in Bangladesh has drawn international attention in recent months. The South Asian nation has seen a number of gruesome attacks on bloggers this year that left four people dead and several others critically injured.

The attacks have targeted not only bloggers, but also minority communities. 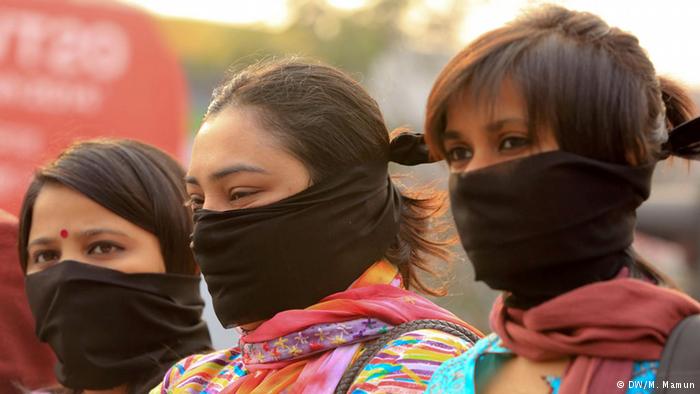 In a DW interview, Nurul Kabir, the editor of the English-language newspaper New Age, talks about the Bangladeshi government’s motives behind curbing press freedom in the country.

DW: Germany has expressed concern over shrinking space for free speech in Bangladesh. Do you feel that there are enough grounds for such an assumption?

Nurul Kabir: Freedom of expression has never been fully implemented in Bangladesh, though the constitution guarantees it. The present government has started putting pressure on people who criticize its activities or reject its political or philosophical stance. A climate of fear has now gripped the country. As a result, some media outlets are exercising self-censorship.

For example, political TV talk shows are very popular in the country, but the government agencies have provided the TV authorities with a list of pro-government guests for the talk shows. TV channels are directly or indirectly pressured not to go beyond such lists when choosing their guests and most channels comply.

What do you mean by ‘direct’ or ‘indirect’ pressure?

Bangladesh’s private TV channels previously invited me as a guest to their talk shows. I used to talk about political and social issues in such programs. But recently, they have stopped calling me and I wanted to know the reason behind it. It seems that the TV authorities have been pressured by the government intelligence agencies not to call me for the shows. They have been given a list of the people who should not be invited to TV talk shows. My name is on the list with some others who refuse to toe the government line in regard to their interpretation of different events.

The European Parliament (EP) has asked the Bangladeshi authorities to restore the full independence of the media. Do you think this will have an impact?

The resolution passed by the EP is ‘non-binding.’ Therefore, it may not be effective in practice. However, such resolutions in the international arena put moral pressure on the government.

It has to be noted that the popularity of the government is tending towards nil at the present moment, especially since the government did not come to power through an inclusive election. A political party or coalition needs more than 150 seats in the parliament to form a government in Bangladesh, but the ruling coalition had as many as 153 elected uncontested.

When a government loses its popularity, it tends to rely more heavily on the state’s repressive machines. The incumbents are therefore dependent on the top leaders of the military, police and other security agencies to cling to the power. Such a government is inherently incapable of tolerating dissident views.

Four bloggers and a publisher have been killed in the country this year. Minorities have been attacked and some have also been killed. Have such killings had any impact on the media?

The killing of bloggers is very tragic and objectionable. I believe everyone has the right to express his/her opinion. Even if we don’t agree with what the bloggers have written on the internet about religion, they have the right to express their opinions. Just as the government has no right to stop the political dissidents from expressing their opinions, those who kill bloggers have no right to do so either. The killers must be brought to justice.

I believe that extremist ideas and activism appear in a society in the absence of a democratic political and cultural environment. Therefore, the government needs to ensure democracy and the room for free speech for all within the country.

Nurul Kabir is the editor of the English daily newspaper New Age in Bangladesh.