Bangladesh’s economic policy-making body is all set to approve a proposal for constructing a new road to Myanmar, aimed at boosting bilateral trade, an official said Monday. 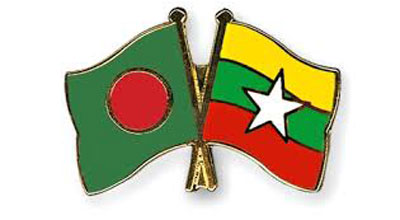 The 540 million taka (about 7 million US dollars) proposed new road will pass through Bangladesh’s two southeastern hilly districts – Cox’s Bazaar, some 292 km away from capital Dhaka, and Bandarban, some 316 km southeast of the capital city – which border Myanmar to the country’s east.

He said that in April this year the project for constructing the new road was finalized.

The proposed road aims at Bangladesh’s plan to develop bilateral trade with Myanmar as well as develop road connectivity with China and other nations in Southeast Asia, he added.

The project is expected to be completed by the end of June 2017.