Greenpeace has often been critical of big data-center operators like Facebook for their impact on the environment, but on Wednesday it said some online firms are improving their practices and may even be the vanguard for renewable energy use.

Facebook, Google, Apple and some other tech firms have been investing heavily in renewable energy sources such as wind, hydro and solar. While cautioning that they have more work to do, Greenpeace said the companies are showing how big organizations can use their buying power to reduce dependence on fossil fuels.

“The changes I’m seeing from the companies in the room here are giving me big hope,” said Gary Cook, a senior IT policy analyst at Greenpeace, at an event in San Francisco attended by Facebook, Google, Rackspace, Yahoo and other companies that have made commitments to renewable energy. 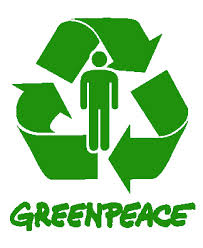 It’s a big change from two years ago, when Greenpeace was running its “Tell Facebook to Unfriend Coal” campaign. At the time, it slammed the social network for building two giant data centers in Prineville, Oregon, where the main source of power is coal-fired plants.

Under pressure to improve, Facebook is locating its next data centers in Iowa and Sweden, where renewable energy is plentiful. On Wednesday, Facebook announced that the Iowa data center will be powered entirely by a nearby wind farm when it begins operations in 2015. The data center in Sweden will use 100 percent hydro power, Facebook has said.

What’s encouraging, according to Cook, is that Facebook’s move in Iowa encouraged the local utility, MidAmerican Energy, to increase its own investment in renewables. “It shows the ability of a big company like Facebook to leverage their buying power to drive change,” he said.

Facebook, Apple and Google have also pushed for wider availability of renewables in North Carolina, where they each operate data centers. Google worked with the local utility, Duke Energy, to introduce a new tariff for companies that are willing to pay a higher rate for renewable energy.

The paperwork to introduce the tariff isn’t complete yet but Google is hopeful it will be filed soon, said Gary Demasi, who’s in charge of Google’s data center location strategy.

Greenpeace isn’t suddenly heralding online firms as saviors of the environment. “You have a big part of the sector that’s still focused on growing as fast as they can, and not necessarily looking at how they are growing,” Cook said in an interview.

But the environmental group is recognizing that some firms have taken meaningful steps to reduce their dependence on fossil fuels.

Energy regulations make it harder to consume renewables than it should be, and there’s not yet a “cookie cutter” approach that can be applied from one project to the next, said Bill Weihl, who runs Facebook’s sustainability efforts and previously had the same job at Google. But utilities are becoming more open to partnerships with data center operators, he said.