Former Bangladesh Bank governor and professor of business school, BRAC University, Salehuddin Ahmed, has expressed concern over slow growth rate and said it should be oriented towards productive and employment generating activities, which will benefit people. 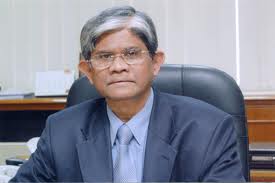 Ahmed said efforts to increase the growth rate should also aim at overall development of the society.

“Even if we do not have this eight%, even if it is six or seven% if that particular growth is oriented towards, it comes from productive activities and employment generating activities then I think even with this five to six% growth rate it will be benefit the overall general people,” said Ahmed.

Unrest eased after the polls, which were boycotted by the main opposition party and shunned by international observers. But the respite could be short-lived as the opposition has said it will launch a fresh movement to try and topple the government.

The government raised heavily subsidised electricity tariffs in March and plans to increase gas prices, which could push inflation still higher and add to public anger over the spiralling cost of living.

Ahmed urged the government to emphasise on balanced growth and on the areas which were usually neglected.

“Government should really emphasise on the employment generation, poverty alleviation, de-centralise development – a kind of balance growth in all over Bangladesh as your see that main of the areas of Bangladesh are still neglected,” Ahmed added..

The government had said it wants to trim inflation to seven% in the current fiscal year ending in June.

Stressing on investment in Bangladesh, Ahmed said the key sectors of the country are struggling due to poor investment.

“If there is no investment there will be no productive activities and there will be no employment. So, ultimately it creates into the economy and if you take the components of national economic growth industry, manufacturing sector and services contribute the most in our growth. But for last two-three years there has not been much investment,” Ahmed stated.

Bangladesh’s economic growth is expected to slow to less than six% in the financial year due to the political turmoil. In the previous year, the economy grew by six%.

In contrast to the rising food prices, annual non-food inflation eased to 5.26% in March from 5.37% in February.