Responding to a public interest litigation (PIL) writ petition, the High Court (HC) on Sunday issued rule asking the government and the Election Commission to explain why they should not be directed to bring amendment to the Representation of the People Order (RPO) to reintroduce the provision for ‘no’ vote. 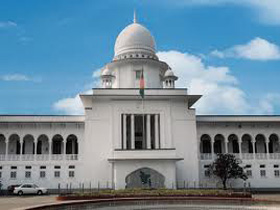 In the petition, the petitioners said ‘no’ vote provision under the RPO, 2009 empowering voters to reject candidates in a constituency unworthy of being elected as lawmakers, was enforced in the last 9th parliamentary election. But the government deleted the no vote provision by the recent amendment to the RPO ignoring the Election Commission recommendation to retain the provision, reports UNB.

The petitioners also mentioned that such no vote provision is in force in 14 countries like the UK, the USA, Australia, Spain, India and Pakistan.

If the provision is included, competent candidates will be elected in the election, they added.