Hennes & Mauritz , the world’s second-largest clothing retailer, laid out a plan to pay a fair “living wage” to some 850,000 textile workers by 2018, saying governments were acting too slowly.

“We believe that the wage development, driven by for example governments in some countries, is taking too long, so we want to take further action and encourage the whole industry to follow,” H&M said in a statement on its website on Monday.

H&M sources most of its garments from factories in Asia, particularly Bangladesh, where a factory collapse in April that killed almost 1,130 people put pressure on big brands to improve the working conditions of those making clothes for the West. 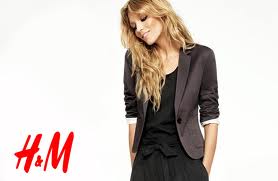 H&M, which did not source from that factory, was the first company to sign a Europe-led safety pact for Bangladesh garment factories after the collapse. It has urged Bangladesh and Cambodia to raise the minimum wage and revise it annually.

Violent protests over pay have forced the closure of hundreds of Bangladeshi garment factories in recent weeks even though factory owners have agreed to a proposed 77 percent rise in the minimum wage.

Rock bottom wages and trade deals have made Bangladesh’s garments sector a $22 billion industry that accounts for four-fifths of exports, supplying retailers such as Wal-Mart Stores Inc , and Primark as well as H&M.

About 3.6 million of Bangladesh’s 155 million people work in the clothing industry, making it the world’s second-largest garments exporter behind China. Around 60 percent of garment exports go to Europe and 23 percent to the United States.

H&M said it would support factory owners to develop pay structures that enable a fair living wage in two model factories in Bangladesh and one in Cambodia in 2014 and then scale up the model to the 750 factories it works with by 2018.

It wants wages to be negotiated annually and reviewed by democratically elected trade unions or worker representatives.

Helena Helmersson, global head of sustainability at H&M, made the commitment at a conference on living wages in Berlin organized by the Dutch and German governments.

“We are willing to pay more so that the supplier can pay higher wages,” H&M said. “We believe that our purchasing practices will lead to better efficiency and productivity.”