Over the past two years, the Bangladesh economy has shown significant economic stabilization and progress in structural reforms, underpinned by the Fund-supported program. In that period, real GDP growth has averaged above 6 percent, while sustained garment exports, increasing public investment, and strong workers’ remittance inflows have supported demand and activity. Meanwhile, Bangladesh’s two-decade trend of poverty reduction has continued, with steady progress toward the country’s Millennium Development Goals. 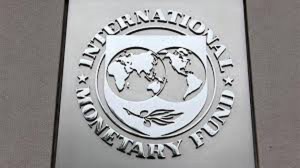 Since early 2013, however, political events and uncertainty in the run up to national elections have affected economic activity and curbed investment appetite, thereby slowing private credit growth and imports. Looking ahead, a slowdown in growth associated with unrest and political uncertainty, as well as an expected transition in the garment sector to higher costs and upgraded labor and safety standards, pose important challenges.

Real GDP growth moderated in fiscal year 2013 (FY13, July 2012-June 2013) to 6 percent and is projected to further slow down to 5½ percent in FY14 before strengthening to 7 percent in FY15, with drivers of growth shifting from net exports to domestic consumption. The current account reached a record surplus of 2 percent of GDP in FY13 and is forecasted to narrow, but remain in surplus in FY14. The balance of payments has been further supported by aid flows and sustained public sector external borrowing for infrastructure. As a result of the strong external position, international reserves have more than doubled since late 2011, and the nominal and real exchange rates have also appreciated over this period. Underlying (nonfood) inflation eased to under 8 percent in FY13 and is expected to continue to fall in the near term as a result of tighter policies, a slowing economy, and currency appreciation, but with upside risks from higher wages and supply disruptions.

The central government deficit was 4½ percent of GDP in FY13, in line with the ECF program targets. Revenue shortfalls resulting from the slowing economy were offset by better controlled nonessential expenditures and lower subsidy costs, allowing for a higher execution of investment spending under the Annual Development Program. The monetary policy stance, guided by Bangladesh Bank’s Monetary Policy Statement in July 2013, has been restrained while allowing sufficient space for private credit activity. However, credit growth has slowed in line with weaker investment demand, contributing to ample liquidity in the banking system.

Executive Directors commended the authorities for the significant progress made in macroeconomic stabilization and structural reforms, underpinned by the Fund-supported program. International reserves have increased, underlying inflation pressures have receded, and public debt has declined. The trend of poverty reduction has also continued. Nevertheless, the economy faces challenges arising mainly from the uncertain political environment, social unrest, and the transition in the garment industry. To safeguard stabilization gains and to further boost inclusive growth, Directors called for vigilance and continued implementation of sound policies.

Directors underscored that fiscal policy should remain prudent, while providing space to raise public investment and social spending. They encouraged further reforms to modernize the tax system and generate additional resources over the medium term. Decisive revenue administration reforms are needed to improve tax collections, while advancing implementation of the new value-added tax without further delays. Improving treasury cash management and cash flow forecasting is also a priority, as is strengthening financial reporting and management at state-owned enterprises. Directors encouraged the authorities to continue to strengthen debt management practices and to ensure that all nonconcessional borrowing is focused on high-impact projects.

Directors encouraged Bangladesh Bank to fully utilize its enhanced regulatory and supervisory powers, following the amendments to the banking law, in order to address vulnerabilities in the banking system. The financial position of the state-owned commercial banks requires attention. Directors welcomed the latest revisions to the central bank’s memoranda of understanding with these banks, which provide a clear program of action and strengthened sanctions for noncompliance. Strong implementation of these reforms, complemented by recapitalization, will be needed to improve governance and restore these banks’ financial health. Directors supported the continuation of annual central bank audits by a global audit firm, as well as reforms to strengthen Bangladesh Bank board’s audit committee and internal audit capacity.

Directors emphasized that removing critical infrastructure bottlenecks is necessary for sustained high growth. Further streamlining the trade regime and regulations, including on foreign exchange, is also needed to improve the business climate. They welcomed the revision in the garment sector’s minimum wages, as well as initiatives to strengthen labor and factory safety conditions, and looked forward to continued progress in these areas in consultation with development partners and the private sector. Priority should also be given to better targeting social safety net programs. These reforms, together with prudent macroeconomic policies, will help lay the foundations for sustained strong growth and poverty reduction.

1 Under Article IV of the IMF’s Articles of Agreement, the IMF holds bilateral discussions with members, usually every year. A staff team visits the country, collects economic and financial information, and discusses with officials the country’s economic developments and policies. On return to headquarters, the staff prepares a report, which forms the basis for discussion by the Executive Board.

2 At the conclusion of the discussion, the Managing Director, as Chairman of the Board, summarizes the views of Executive Directors, and this summary is transmitted to the country’s authorities.