Enhanced cooperation between India and Bangladesh on trade in rice seeds would help farmers of both the sides increase the yield of the commodity, a study by think-tank CUTS International has said.

At present, farmers of both the sides are using smuggled seeds which are not of good quality, it said. 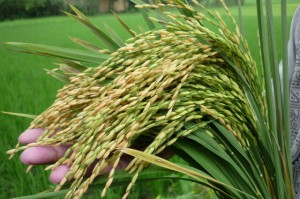 Rice growing areas in Bangladesh and India, “where farmers make widespread use of smuggled seeds”, can immensely gain from cooperation between the two countries, the Consumer Unity & Trust Society (CUTS) study added.

“The gains could be in terms of market opportunity, improved crop yield and better livelihood,” it said, adding “farmers in the neighbouring country plant seeds smuggled from India or grown and informally traded in Bangladesh”.

Similarly, farmers in India, like those in West Bengal and Assam, use rice seeds produced in Bangladesh, it said.

“Sourcing of seeds is through unregistered traders and middlemen. Informally traded seeds are often found to be of low quality, impacting rice yields,” the study said.

It said that lack of formal trade and knowledge sharing between the two countries are further impacting the farmers of both the sides.

The overall bilateral trade between India and Bangladesh stood at USD 5.78 billion in 2012-13.