Analysts and diplomats have remarked that Bangladesh’s political leadership needs to enhance its negotiating skills in order to get the most out of the agreements and memoranda signed between the two countries. They pointed out that India remains in a more advantageous position in most of the agreements signed.

This was the view of diplomats, economists and people across the spectrum, after the signing of 22 agreements, protocols and MOUs between Bangladesh and India. Outside of these deals, several issues were discussed between the two countries, initiating talks on new matters. 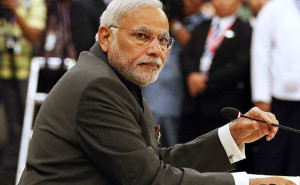 Analysts said, it is fine if India benefits from using Bangladesh’s territory and facilities, but Bangladesh should get a share of that benefit too. Bangladesh has the opportunity to gain. There are several issues where both countries can benefit.

Former foreign secretary Touhid Hossain told Prothom Alo, “I have no problem with India benefitting from the use of my soil. But if that country gains Tk 500, we should gain at least Tk 200.”

Speaking to several diplomats, it has been felt that the impact of the good relations generated between the two countries before even the pros and cons have been weighed, will be felt by the people of both nations. Communications will increase and relations will grow stronger.

Executive director of the Centre for Policy Dialogue (CPD) Mustafizur Rahman, told Prothom Alo, the MOUs and agreements are very positive. But planned investment must be made in light of these agreements. Projects must be determined on a priority basis.

Mustafizur Rahman said, “There are internationally recognised tariff rates for the use of Bangladesh’s ports, roads, rivers and other facilities. We will benefit if we can get that tariff.”

India stands to gain from connectivity: Experts say that the definition of connectivity has changed after Modi’s visit. Communications now implies multi-dimensional communications which include rivers, railways, roads and more.

Touhid Hossain said, let India use Bangladesh’s roads, railways, ports and everything, but with due tariff. No one should have any objection to this.

It is felt that India stands to gain more by the Dhaka-Shillong-Gauhati and the Kolkata-Dhaka-Agartala bus services. Other than a brief stop over at Dhaka, Bangladesh does not stand to gain at all.

Bangladesh’s former ambassador to the US, Humayun Kabir, told Prothom Alo, India will stand to gain commercially more than Bangladesh from the Kolkata-Agartala link. The people of the northeast and West Bengal will gain communications and trade facilities. He said that basically the Indian people will benefit from the Dhaka-Shillong-Gauhati bus service, though Bangladesh will get a little business.

Credit facilities questioned: An MOU for USD 200 crore (USD 2 billion) new line of credit from India has been signed. Economists feel the main problem with this credit is not the interest rates. The main problem is the conditionalities regarding project components, technology and skilled manpower. India becomes almost the sole supplier. Bangladesh is deprived of competitive fair prices.

Touhid Hossain said, “There is no need to bring bricks, sand and cement from India. We can give assurance of bringing the items from India which we do not produce ourselves or which we import from China.”

Debapriya Bhattacharya is in favour of transforming the USD 2 billion into a grant for multi-dimensional communications. He said that other than giving USD 200 million from the credit to Padma Bridge as a grant, the credit experience has not been a pleasant one.

River transit: Though the inland river transit and trade protocol (renewal) has been signed, India will stand to gain mostly. India has principally been using this transit. The cabinet recently extended the agreement’s term from three to five years. The agreement has been made automatic.

Humayun Kabir felt that though the country will benefit from the land boundary agreement, that does not mean the border problems have been resolved, or that this guarantees and end to the border killings. He feels that the lack of economic activities at the borders had made these areas more crime-prone.

Touhid Hossain said, the deal has been approved by India 41 years after it was signed, but Bangladesh has not received any compensation for this delay. Even so, it has created positive vibes.

Humayun Kabir sees no reason to give the Indian firms impunity. It would be a normal process for them to ensure transparency and accountability in power generation and supply.

Touhid Hossain questioned, why should they be given the impunity of quick-rentals?

Use of port and new economic zones: India will gain advantage from the use of Chittagong and Mongla ports. Bangladesh will receive surcharge.

Economist Mustafizur Rahman said, many countries of the world are benefitting by allowing the use of their ports. The Chittagong and Mongla ports are not being used to the optimum. India can use the ports, paying the international surcharge and fees.

Economists say that if India provides investment and uses Bangladesh’s labour, and also transfer technology, then Bangladesh will benefit from the economic zones.

CPD distinguished fellow Debapriya Bhattacharya said, if labour, capital and raw materials are linked with the mainstream economy through these economic zones, then there is chance of benefitting. But if the zones are like artificial islands, then Bangladesh will not benefit at all.

Life insurance: Bangladesh’s insurance development and regulatory authority (IDRA) has handed over its approval for Life Insurance of India to begin operating in Bangladesh.

Education and culture: The agreements pertaining to education, culture and research are being viewed positively. However, though the matter of airing Bangladesh TV programmes in India was discussed, nothing was finalised.

Internet bandwidth: A deal was signed between Bangladesh submarine cable company (BSNL) and India Sanchar Nigam Limited (BSCCL) regarding lease for international internet bandwidth at Akhaura. This will give India’s Tripura and other places of the region internet facilities at cheaper cost. Bangladesh will receive payment for this.

Mutual benefit: The deal signed between Bangladesh Standards And Testing Institute (BSTI) and the Bureau of Indian Standard (BIS), on cooperation in the field of standardisation, has been welcomed by all.

Touhid Hossain said, as a result of this agreement, they can’t hold up exports by questioning whether jamdani dye is harmful to the human skin.

Both sides will benefit from the memoranda on human trafficking, smuggling and counterfeit currency. The countries will have mutual benefit from the coast guard agreement and the blue economy and maritime understanding pertaining to the Bay of Bengal and the Indian Ocean.

Trade deficit: The issue of trade deficit cropped up repeatedly during the visit of the Indian prime minister. Bangladesh’s business persons also raised this issue.

Debapriya Bhattacharya said, there is nothing to be concerned about bilateral trade deficit in the economy. The overall deficit is important and the aim should be to finds ways to bring about a balance.

Political trust: The political unity forged during Modi’s visit has been beyond imagination. Militancy, terrorism and insurgency had been discussed before, but the commitments this time were extremely clear.

The Teesta agreement was the most talked-about issue of Modi’s visit. While Bangladesh had hopes, India opted to keep the issue on the back burner for the time being.

Analysts feel that the Bangladesh government gained more politically by Modi’s visit. After coming to power through a controversial election on 5 January, the support of a large neighbour will be a boost for the government to go ahead. But of the nation is to benefit commercially or economically, the government is to be successful in negotiations.

Touhid Hossain said, “The bureaucracy has adequate negotiating power and skills, but it is political decision that is the main factor here. There is the matter of how much we want and ho much can actually be gained. All this must be kept in mind.”