India believes in peaceful co-existence and does not interfere in the internal matters of its neighbouring countries, Union Home Minister Sushil Kumar Shinde today (Sunday) said.

“We believe in peaceful co-existence with our neighbours. We do not interfere in any internal matter of our neighbouring countries in any way,” Shinde said at a joint press conference with his Bangladesh counterpart Mohiuddin Khan Alamgir here, reports the Business Standard. 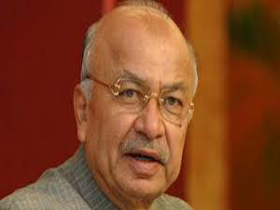 Shinde made the statement when a Bangladeshi journalist asked what role India would play in the present political crisis in the neighbouring country.

In response, Bangladesh Home Minister Mohiuddin Khan Alamgir said “there is no political crisis in Bangladesh. Election would be held in time and we are preparing for that.”

Both the ministers came here for the inauguration of an Integrated Check Post (ICP) at the Indo-Bangla border at Akhaura.

To another question, Alamgir said there was no camp of Indian insurgents on Bangladeshi soil.

“Whenever we apprehended any insurgent, we had handed them over to India. So far my knowledge goes, there is no camp in Bangladesh side,” Alamgir said.

Alamgir said, India and Bangladesh had signed an extradition treaty and Chetia would be handed over to India after the court case is over.

He also said that an ICP would be built at Akhaura in Bangladesh side to facilitate border trade and smooth movement of passengers of the two countries.