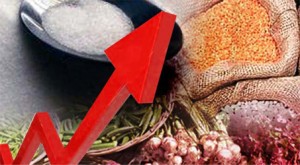 November’s rate was 7.15 percent, up from 7.03 percent in October, the statistics office said on Thursday, with higher prices for both food and non-food items.

The country has been rocked by violent protests and a series of shutdowns and transport blockades led by the main opposition party, which is demanding the prime minister step down and next year’s election be held under a non-party administration.