Quite a good number of Japanese investors have applied for factory space at some export processing zones (EPZs) encouraged by BEPZA’a reservation of industrial plots and standard factory space for them at those locations.

But their number can’t be divulged at the moment, official sources said. The new development is taking place, they said at a time when external investment in the country is facing a major setback due to land shortage, reports the Financial Express.

But the Japanese investors are taking a fresh look towards Bangladesh after Prime Minister Sheikh Hasina’s visit to Japan in early June this year. During the visit she assured Japanese investors of specially making available land to them to set up new industries. 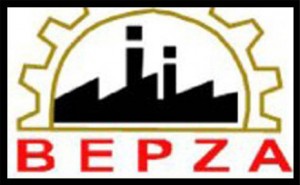 Bangladesh Export Processing Zone Authority (BEPZA) and Japan External  Trade Organisation (JETRO) also signed a Memorandum of Understanding (MoU) in Tokyo on that occasion to turn the pledge into a reality.

BEPZA offered 40 industrial plots– 20 at Mongla EPZ and 10 each at Uttara and Iswardi EPZs to Japanese investors under the scheme, besides two standard factory buildings—one at Adamjeee EPZ and another at Comilla EPZ for those Japanese investors who want ready space to set up factories.

Jetro official in Dhaka told the FE on Tuesday that many Japanese investors are showing interest to set up industries in Bangladesh following BEPZA’s reservation of industrial plots and factory space at some locations.

He said many investors have also already applied to BEPZA for allocation of plots and especially factory space at Adamjee and Comilla EPZs where two factory buildings have been exclusively earmarked for Japanese investors.

He, however, declined to give the number of applicants saying that they are going for procedural verifications and such other business appraisals.

“When they will be selected and ready for signing of lease agreement, their names and identity may be revealed. One has to wait up to that point,” the Jetro official in the city said.

BEPZA General Manager and spokesperson Nazma Akhtar Alamgir made  similar comment to the FE saying as far as she knew some Japanese companies have applied but their number and identity can’t be made clear at this moment.

She said the two factory buildings at Adamjee and Comilla which BEPZA has allocated to Japanese investors are going for upward expansion up to 5th floor.

A standard factory building at Comilla EPZ offers 61,122.15 square meter. At Adamjee  the size of the factory floors is over 56,196 square meters.

Corroborating BEPZA’s disclosure the Jetro official said expansion work of factory building at Comilla is already over while that at Adamjee is nearing completion. They will be ready for use soon.

He said demand for space at EPZs in Dhaka, Comilla and Chittagong is high because of their easy access to urban facilities and they are closer to sea port but Japanese investors are also enquiring about other EPZs like Mongla, Uttara and Iswardi where they have 40 industrial plots in waiting, the Jetro official said.