The Asian Legal Resource Centre (ALRC) has wished to bring the status of the judiciary and legal profession of Bangladesh to the attention of the UN Human Rights Council. ALRC says, Bangladesh has been Member of the Human Rights Council virtually since its formation. The country has been party to two international Covenants and eight Conventions. Being a party to the International Covenant on Civil and Political Rights (ICCPR), Bangladesh is obliged to ensure the independence of the judiciary. It is mandatory for Bangladesh to take administrative, legislative, and judicial measures to implement the rights enshrined in the ICCPR. 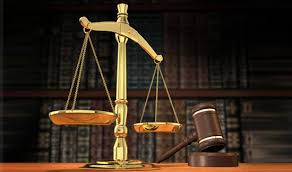 “It is directed that under Article 133 , law or rules or executive orders having the force of Rules relating to posting, promotion, grant of leave, discipline (except suspension and removal), allowances, pension (as a matter of right, not favour) and other terms and conditions of service, consistent with Article 116 and 116A, as interpreted by us, be enacted or framed or made separately for the judicial service and magistrates exercising judicial functions keeping in view of the constitutional status of the said service.”

The government still controls the recruitment, posting, and promotion of judicial officers. Instead of establishing a separate secretariat for the judiciary, as per the Court’s judgment, the Ministry of Law, Justice and Parliamentary Affairs continues to control the judiciary. Political loyalty to the ruling regime is deemed the key qualification for promotion and lucrative postings of judicial officers. Elevation to the higher judiciary, from the subordinate judiciary and the pool of legal practitioners, takes place in a way that fulfils the political purposes of the government. Relations with the President, the ruling party leaders, the ministers, and the parliamentarians play a decisive role in the recruitment, posting, and promotion of judges.

The Supreme Court, which directed the government to ensure independence of the judiciary, now acts as a tool for the government, harassing critics of the regime. The country’s law-enforcement agencies – especially the Rapid Action Battalion (RAB) and the police – have been busy abducting and disappearing citizens. But, the Supreme Court has not been able to provide any legal redress to the families of victims of enforced disappearance, i.e. those that could afford the high expenditure of litigation with or without help from human rights organisations. The entire institution of the judiciary has been complicit in the ongoing gross abuse of human rights.

Take the example of Mr. Imam Hossain Badal, detained by RAB-2, so ransom could be collected from his family. Human rights organisation Odhikar’s Director A.S.M. Nasiruddin Elan and Badal’s father Mr. Shahjahan filed a habeas corpus writ petition with a High Court Division Bench. The High Court ruled against the government including the Secretary to the Home Ministry, the Inspector General of Police, and the Director General of the RAB, asking them to respond to the Rule within four weeks.

The Home Ministry invited the victim’s father to the ministry. In the name of an inquiry, the bureaucrats threatened Mr. Shahjahan with further consequence if he were to continue to pursue his son’s disappearance case. Later, the Attorney General submitted RAB’s statement – denying the paramilitary’s involvement in disappearing Badal – before the Court. The proceedings have since stalled. The High Court has performed its ‘judicial duty’ by accepting the RAB’s version of events via the Attorney General, who has acted as a postman for the law-enforcement agencies in addition to his usual role of slave to the ruling regime.

The Magistracy and Sessions Courts have been endorsing torture by granting ‘police remand’ en mass. On one hand, the Bangladesh Police has a reputation for fabricating charges against innocent poor people and pro-opposition supporters; they fabricate cases for extortion and to serve political masters. On the other hand, criminal investigation is synonymous with remand and torture in Bangladesh. The poor people falsely implicated in criminal cases on the basis of fabrications are unable to afford to challenge the decisions of the Magistrate’s Courts beyond the Sessions Court, which itself often denies remedies to victims regarding unjustified police remand. The rights to liberty and personal freedom of the poor victims of fabricated charges are systematically denied in Bangladesh throughout the criminal justice institutional process.

Government persecution is implemented via judicial process in Bangladesh. The Cyber Crimes Tribunal began prosecuting human rights defenders Adilur Rahman Khan and A.S.M. Nasiruddin Elan, Secretary and Director of Odhikar respectively, for publishing a fact-finding report on extrajudicial killing of demonstrators of a pro-Islamic organisation on May 5-6, 2013. Without a credible investigation report and without supplying a copy of the police report, the Cyber Crimes Tribunal framed charges against these two prominent human rights defenders. The trial is pending following an order of the High Court. The ALRC has been informed that the Attorney General’s Office has filed a petition for revoking the High Court’s stay order in the case against the human rights defenders.

Another recent example related to Daily Amar Desh, a vernacular pro-opposition national newspaper. On 11 April 2013, the government closed down the printing press of the newspaper. The police arrested its Editor Mahumudr Rahman from his office. The police prevented the publication of the newspaper from an alternative printing press, although the law permits such publication with a notification to the administrative authorities of the government. The Amar Desh Publications Limited filed a writ petition no. 5460 of 2013 on 27 May 2013 with the Division Bench comprising Justice Mirza Hossain Haider and Mohammad Khurshid Alam Sarker. The writ came up in the cause list of the Division Bench; however, the Judges did not hear the writ for more than two months.

The petitioner’s lawyers then shifted the writ to a Vacation Bench comprising Justice M. Enaytur Rahim and A.B.M. Altaf Hossain. The Vacation Bench heard the case on 27 August 2013. It issued Rule against the government. However, the Court did not pass any ‘ad-interim order’ about publishing of the newspaper. Later, the petitioner, on 22 September 2013, moved the case to another Bench comprising Justice Nayeema Haider and Justice Jafar Ahmed. The petitioner sought ‘ad-interim order’ for publishing the newspaper. On 2 October, the Court heard the case and said that the same matter should be on top of the cause list on the following day for hearing, and that the Court would dispose the matter. On the following day, 3 October, the case appeared at the bottom of the cause list; the Court did not hear it. Later, the Chief Justice dissolved the particular Bench.

The petitioner, then, brought the case to a Bench comprising Justice Salma Masud Chowdhury and Justice Mohamamd Habibul Gani. On 26 January 2014, the petitioner’s lawyer mentioned the matter before the Bench seeking a hearing date. The Court set 27 January as a date for fixing a hearing for the case. Subsequently, 13 March 2014 was fixed as the date of hearing. In fact, the Court did not hear the matter and has not heard it since. The write petition number 5460 comes to the cause list every Thursday at the bottom of the list. The hearing does not take place. On 22 May 2014, the case was 180th in the cause list. The Editor of Amar Desh, Mahmudur Rahman, remains in prison, in dozens of fabricated cases, without trial since 11 April 2013. The newspaper is shut down for the same period without any lawful reason. Thus, by denying a proper hearing to the case, the judiciary has endorsed government repression for those that criticise the regime.

The Bangladesh International Crimes Tribunal (ICT), established for trying the crimes against humanity committed in 1971, implicated a number of journalists and members of the civil society for exposing inconsistencies in its adjudications. In 2013, the ICT-1 issued ‘contempt of court’ Rule against Mahmudur Rahman Manna, the anchor of a talk show, and two discussants, Dr. Zafarullah Chowdhury and Mahfuz Ullah, for expressing critical comments. They spoke about the ICT-1 barring the defence witnesses of one of the war crimes accused from giving deposition. One of the discussants stated that, out of four defence witnesses, two were sitting judges of the judiciary. The Chief Justice did not give permission to these judges to depose when the judges sought formal permission from relevant authority. They remarked that such bar on defence witness might hamper fair trial.

Channel24, a private TV channel of Bangladesh, broadcast the programme in September 2013. The prosecutors of the Tribunal brought the charge of contempt. Subsequently, the ICT-1 summoned the discussants and the officials of the TV channel to appear before it. After a number of hearings, on 30 April 2014, ICT-1 announced that it would pronounce its final order about the ‘contempt rule’ on 12 June 2014.

Instead of upholding the normative principles of justice, the judiciary is getting intolerant of its critics, who point to judicial misconduct of judges and attorneys in Bangladesh. The higher judiciary uses ‘contempt of court’ as a weapon to hide its own non-juridical actions.

Lawyers in Bangladesh are polarised along political lines. Instead of helping the judiciary uphold the rule of law and enhance professional integrity, lawyers have been busy defending respective political party interests. The pro-ruling party lawyers have started a ‘crusade’ against the targets of the regime, regardless of the legality or justification for such a position. The pro-opposition lawyers only gather together when their high profile leaders’ cases come up for hearing. They merely show their faces for widening opportunity for personal gains in case those they support return to office in the near future. The fate of the ordinary poor litigants, who fall prey to the police, paramilitary forces like the Rapid Action Battalion, and ruling party cadres, remains bleak.

The ALRC reiterates that Bangladesh’s judiciary lacks judicial mindset, commitment, and efficiency. The judicial institution does not have the moral, intellectual, and infrastructural ability to administer justice. The criminal justice apparatus survives as a facade to cover the criminality of the rulers. The nexus between corruption and politics has engulfed the entire state apparatus. The culture of impunity sustains, as a priority, above any obligation to justice and dignity. The legislature, the executive, and the judiciary, in fact, join hands to deny fundamental human rights and undermine the rule of law.

The ALRC urges the Human Rights Council and the international community to concentrate effort on failed criminal justice institutions. Without strengthening the institutions and making them effective for addressing the plights of litigants and the people at large, the existence of human rights can only be possible in our imagination. The UN human rights mechanisms require to shift strategy and focus to help realize the rights – based on the notion of justice – of the people.