Country’s tannery industry looks set to suffer a big blow as demand for finished leather and leather products in major international markets has been plunging amid grave concerns over the environmental hazard created by the country’s leather industry.

Sector insiders say July exports further reflected the sluggish trend that in the country’s leather industry has continued over the last couple of years, Xinhua reported.

“Demand for Bangladesh’s finished leather and leather products has been squeezing in international markets owing to concerns over environmental hazard,” said a former president 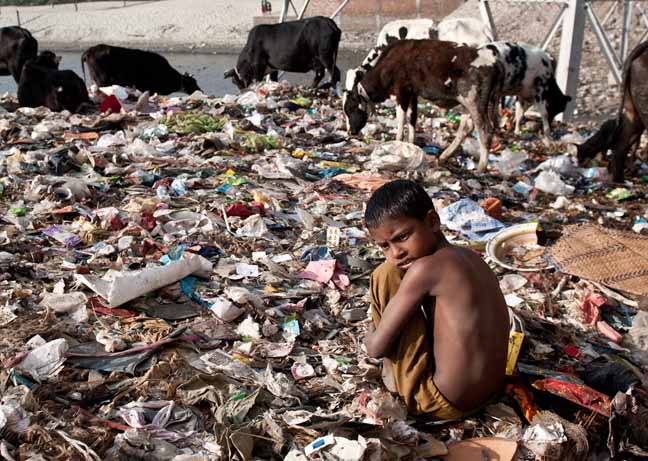 The BFLLFEA president who did not like to be named said environmental issue has affected Bangladesh leather exports to a large extent.

Bangladesh fetched nearly 1.130 billion U.S. dollars in 2014-15 fiscal year from exports of leather and leather products to over 30 countries including China, France, Germany, Italy, Japan, South Korea, the Netherlands and Vietnam when growth dipped to less than 1 percent.

Due to poor demand, sector insiders said the price of Bangladeshi finished leather has declined in the recent months.

Bangladesh has plenty of rawhide, as every year millions of animals are slaughtered to celebrate the Muslim religious festival of Eid-ul-Azha (feast of sacrifice).

Sector insiders say the sluggish trend will create an adverse impact on the emerging tannery industry of Bangladesh which employs nearly tens of thousands of people in some 200 factories.

They say a large number of factories have already felt the pinch as fresh orders for finished leather from global market continued to dry up fast.

A sector insider on condition of anonymity said many factory owners have already started to cut the number of employees and workers for cost minimization while many others are failing to pay wages regularly as there is dull business.

Bangladesh’s tanneries are mainly concentrated in Dhaka’s Hazaribagh, a densely populated neighborhood on the banks of the Buriganga River.

Every day these factories discharge thousands of liters of liquid waste into the river.

They said that the sector will see big boom once again if all the tanneries could be shifted from Hazaribagh to a new, environmentally compliant industrial zone on the outskirts of the city.

Under a government-backed scheme, all the owners agreed to relocate to an eco-friendly production system in 2003, but a series of deadlines have been missed over the relocation due to various internal impasse.

Many major buyers—particularly from the European Union—have already warned that they might discontinue sourcing from Bangladesh if environmental compliance was not ensured.

An estimated 21,600 cubic meters of environmentally hazardous toxic waste, including chromium, sulfur, and ammonium are reportedly emitted daily from the tanneries in Hazaribagh.

In contrast, once the industry is set up in Savar, the environmental impact is expected to be minimized by several centralized waste-treatment facilities, including a central effluent treatment plant (CETP) for treating liquid waste, a solid waste management system, and a chrome recovery unit.

Exporters say Bangladesh, which still holds less than one percent of the global leather market, has the potential to expand its share in the global arena if the dilapidated condition of leather sector adopts an eco-friendly production system.

They say global buyers don’t like to purchase leather goods from Bangladesh following grave concerns of environmentalists in home and abroad about the Hazaribagh’s hazardous and potentially dangerous polluting industries in the recent years.