The leading band group of Bangladesh, LRB will perform in the seventh edition of South Asian Bands Festival (SABF) slated to be held at Purana Qila from November 29 to Dec 1.

Presented by the ministry of external affairs, ICCR and Seher, the three-day festival will feature fourteen popular rock bands from across nine nations of the sub-continent. 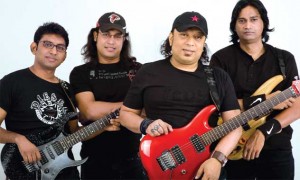 According to Seema Dahiya, project manager SABF 2013, the festival that started in 2007, has become one of Delhi’s most eagerly awaited cultural extravaganzas. “Year after year people of all ages look forward to the best bands from the South Asian region to be showcased at the festival,” says Dahiya.

The highlight of this year’s festival is the participation of Korea, which is the observer country to SAARC. The Korean Rock Band – Biuret is the winner at Sutasi, Asian American Idol programme, started in 2002. The band has since released two albums with the third slated for 2014. It has also performed at the Incheon Pentapot Rock Festival and Ssamzi Rock Festival in Korea. The band members are Hye-won Moon (vocals) and Gyo-won Lee (Guitar).

LRB from Bangladesh is another band to watch out for as their leader Ayub Bachchu, is one of the pioneers of rock music in Bangladesh. Their performance is slated for the opening day Nov 29.

While day two Nov 30, gears up for Strings from Pakistan, an added attraction is the students’ band ‘What’s In The Name’ who were the winners of the rock bands competition at IIT Mumbai. They are slated to perform on Dec 1 with the closing act by Raghu Dixit.