Mainstreaming climate change into planning needs to be done at every level, not just in national plans, climate experts opined. The relevant ministries such as water management, agriculture, health and others need to mainstream climate change into their respective plans, they said.

They were speaking at a discussion to reveal a study titled ‘Review of BCCSAP-2009’ at Sonargaon Hotel on Friday evening. Oxfam in Bangladesh with the assistance of a Dhaka based climate change study group conducted the study.

The speakers in the discussion stressed mainstreaming the climate change adaptation in the development planning of the country to cope with the adverse impacts of global warming. 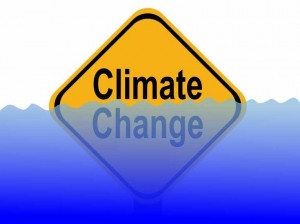 The study findings include a policy direction towards enhancement of implementation of BCCSAP with prioritisation of the action programmes and developing a country framework for mainstreaming adaptation with indicators for monitoring and evaluation.

Highlighting the study outcome, Dr M Asaduzzaman of the Bangladesh Institute of Development Studies (BIDS), principal investigator of the study, said it is also important to mainstream the climate change adaptation into local level planning.

He said the NGOs have a very strong role to play especially in mainstreaming adaptation as many NGOs are already working at local level for enhancing the community-level adaptive capacity.

“Climate change adaptation is mainly local, and NGOs have access to remote and marginalised areas in Bangladesh.”

Asaduzzaman said while adaptation projects are a useful place to start, the long-term nature of climate impacts will require an altogether greater effort to develop a climate resilient economy.

Thus, instead of developing separate, stand-alone National Adaptation Plan (NAP) as many countries are doing, it will be better for Bangladesh to mainstream climate change into regular national plans, he said.

To operationalise the Bangladesh Climate Change Strategy and Action Plan (BCCSAP) established in 2009, the government constituted the National Climate Change Fund with an allocation of about US$ 45 million in the budget for fiscal 2008-09, which has been replenished several times since then.

Furthermore, the Bangladesh Climate Change Resilience Fund (BCCRF), a multi-donor trust fund, was established to pool funds from development partners to implement a long-term strategy for conducting adaptation programmes to address the impacts of climate change in Bangladesh.