For the Bangladeshi Maisha Group, MAN Diesel & Turbo is to supply twelve 18V32/40 engines to the Bangladesh capital Dhaka. The engines will be employed in a power plant delivering 108 MW of electricity, which will provide additional peak load power for the metropolis of millions. The plant will produce electricity for the state energy provider Bangladesh Power Development Board for 15 years. Delivery of the engines is scheduled for 2014. 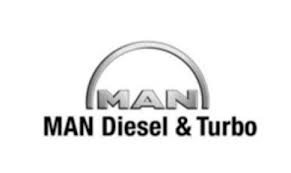 MAN Diesel & Turbo has received another order to supply power plant engines to Africa. Together, the two supply projects are worth Euro 60 million.

With a population of 164 million and a population density of over 1,000 people per square kilometer, Bangladesh is the most densely-populated country in the world. The developing infrastructure is finding difficulties to cope with the growth of the country’s population and economy, and electricity supply is often unstable, even in the capital. The new power plant in the capital Dhaka will make a major contribution to stabilize the energy supply.

From the Chinese EPC (Engineering, Procurement, Construction) contractor Sinohydro MAN Diesel & Turbo has received the order to supply four 18V48/60TS engines, which are to be installed in a new 80 MW power plant in Niamey in the Republic of Niger. The end customer is the Republic of Niger’s Ministry of Energy and Petroleum, and the power plant will be operated by state-owned electricity supplier Société Nigérienne d’Electricité. Commissioning of the engines is scheduled for the first half of 2015.

The 18V48/60TS engine is one of the most efficient and cleanest engines in its class. Operated with all common fuels, it meets the World Bank’s 2008 emissions specifications. The engine features the principle of two-stage turbocharging, which allows excellent efficiency, reduced fuel consumption and low emissions to be achieved.

“The two orders are important references in most interesting growth markets”, says Dr. René Umlauft, CEO of MAN Diesel & Turbo and responsible for the power plant business in the Executive Board. “Growth in energy demand is set to remain strong on the African continent in the years to come and we want to continue to be involved in our capacity as an equipment supplier.”