Foreign Minister AH Mahmood Ali disclosed this at a press briefing in the afternoon.

The Permanent Court of Arbitration (PCA) delivered the verdict after nearly five years of argument and counter argument by the two nations, spot visit by judges and examination of survey reports. 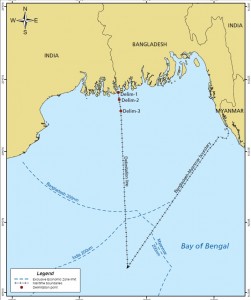 The judgement is final and cannot be appealed against. The PCA officially conveyed the result to both parties yesterday.

Bangladesh Ambassador to the Netherlands Sheikh Mohammed Belal received the copy of the verdict at 2:00pm (Bangladesh time) yesterday at a ceremony at the PCA.

Indian Ambassador in the Hague Rajesh Nandan Prasad received it on behalf of his government.

Dhaka lodged the case against New Delhi with the PCA on October 8, 2009 after India unfairly cut off a significant portion of Bangladesh’s maritime area in the Bay.

The verdict delivered by the German-based International Tribunal for the Law of the Sea (ITLOS) on March 14, 2012 sustained Bangladesh’s claim to 200 nautical miles exclusive economic zone and territorial rights in the Bay of Bengal against Myanmar’s claim.

The court concluded its hearings on December 18, 2013 at the Peace Palace in The Hague.

The PCA is a permanent judicial body established by the United Nations in 1899 to facilitate arbitration and other forms of resolution of dispute between states.