The government plans to introduce a prepaid payment system for international gateways (IGW) as a number of such operators have failed to clear their bills in the last six months.

The IGWs will have to deposit an estimated payable amount to the regulator in advance before bringing in international calls, according to a proposal of the telecom ministry, reports the Daily Star. 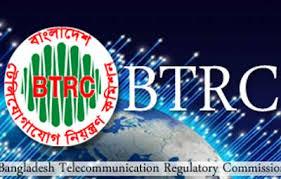 The proposal was placed at a coordination meeting of the ministry last month, and was also discussed at a meeting of Bangladesh Telecommunication Regulatory Commission.

Currently, the IGWs share 51.75 percent of their revenues from incoming international calls with the government.

According to IGW licensing guideline, an operator has to issue a performance bank guarantee worth Tk 7.5 crore before transporting calls. If it fails to share the payable amount, the regulator realises the dues from the guarantee.

But troubles crop up when the dues exceed the guarantee.

“The IGWs need to bear various costs to run their business. So before introducing a prepaid payment system for them, the matter will have to be examined carefully,” Bose said.

Already almost half the IGWs have gone out of business failing to pay their dues, he said. The regulator recently blocked 10 IGW operators as they failed to pay around Tk 500 crore in dues to the government and Tk 170 crore to mobile operators.

The IGWs share 20 percent of their revenues with mobile operators.

An official of a mobile operator said there were no problems when only three operators were in the market. The problems arose when the government issued another 25 licenses, he added.