They have also consented that collaboration between the banking, financial service and telecommunication regulators might establish a platform where the unbanked people would get opportunity to avail different kinds of financial services smoothly with the access of mobile banking, as 75 percent of world’s population has the access to mobile communication, reports BSS.

Their observations came at a panel discussion “Many Faces of Mobile Financial Services” at the final day of the ITU Telecom World 2013 that began on November 19 in the capital of Thailand. 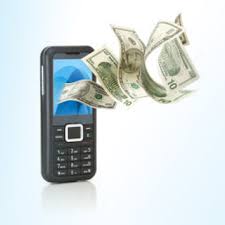 Jon Eddy Abdullah, Chief Executive Officer of Total Access Communication PLC (dtac) of Thailand owned by Norwegian telecom giant Telenor, said in the event of overregulation taking place in the mobile financial services, the system of transaction would be burdened with documentations.

“It would be better to allow the mobile financial services provider to take risks and get them into the system then to ove- regulate it…creating so much of documentation for KYC (Know Your Customer) barred the incorporation of mass people into the financial service system,” added Abdullah.

Appreciating the suggestions of the dtac CEO Abdullah, Nigerian Communications Commission CEO Dr. Eugene Juwah also stressed on the need for collaboration with the financial and the telecom regulators to develop the mobile financial services.

Dr. John Ure, director of the Telecommunication Research Project, University of Hong Kong said: “Creation of a new regulator could be a great idea for financial service through mobile networks, where with mobile and financial regulator can work together with mobile operator and there must be incorporation of national security agencies.”

Prashant Gokarn, Chief Strategy and Planning Officer of Indosat, Indonesia, took part as the panelist while Marko Jagodic, Assistant to the President of the Board, Telekom Slovenia, moderated the session.

Mobile financial service is getting momentum in Bangladesh as the number of the registered mobile banking customers soar to 7.4 million within two and half a year of launching.

The service, launched in 2011 under the mobile financial service guidelines formulated by the Bangladesh Bank, provides the much needed financial access to the poor and unbanked population across the country, thus improving their living standard as well as boosting the rural economy.

Access to the formal banking system is very limited in Bangladesh as only 15 percent of the 160 million people have the bank accounts. However, the 110 million mobile phone users in the country are fuelling the expansion of mobile financial services in the country.

Mobile banking is a system that allows customers of a financial institution to conduct a number of financial transactions through a mobile device such as a mobile phone or personal digital assistant.

The earliest mobile banking services were offered over SMS, a service known as SMS banking. With the introduction of smart phones with WAP support enabling the use of the mobile web in 1999, the first European banks started to offer mobile banking on this platform to their customers.