The tax authority plans to impose a 1 percent surcharge on the use of mobile phone, the proceeds from which will be spent on promoting rural education, officials said.

The National Board of Revenue earlier slapped a 1 percent surcharge on mobile handset sales, effective from the current fiscal year.

The new surcharge, if imposed, will put extra pressure on the users who already pay 15 percent value added tax on their phone bills.

Due to the VAT, a user actually gets talk time of Tk 85 against a top-up of Tk 100 as Tk 15 is deducted by mobile operators. The surcharge will leave the user with Tk 84 talk time. 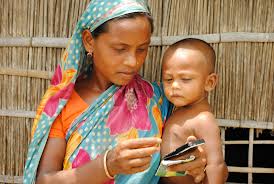 Analysts and mobile operators opposed the new proposal, saying the surcharge is likely to discourage the use of telecom in all economic activities and undermine the growth of broader economy.

The NBR unveiled the plan of imposing the surcharge at a meeting with representatives of mobile operators at its office in Dhaka yesterday, according to officials who were present at the meeting.

“We are examining the scope,” an NBR official said.

Revenue officials told the meeting that the surcharge will be termed ‘development surcharge’ to promote rural education, and it will be on airtime (talk time) or short message service and other services used by subscribers.

The NBR official said they have started working on the issue of mobile users’ surcharge at an instruction from the government high-ups.

At the meeting, operators said the disposable income of mobile phone users would fall due to the surcharge, which will affect revenue of the operators and the government as well.

The operators said they already contribute to a Social Obligation Fund, which is enough for the development of the education sector.

Teledensity is rising fast due to increased mobile phone subscription. The number of mobile phone users now stands at 11.62 crore, which was 3.44 crore seven years ago, according to Bangladesh Telecommunication Regulatory Commission.

The number of internet users through mobile phone is also growing, thanks to an increased use of smartphones. The number rose to 3.74 crore in May this year from 2.12 crore two years ago.

The mobile operators said the rising penetration and use of mobile phone for various purposes have boosted earnings of the tax collector.

The VAT collected from the telecom sector at the domestic stage accounted for 15 percent of the total VAT collection in fiscal 2011-12, mobile operators being a major contributor, according to NBR.

Habibur Rahman, a small trader at Baridhara in the capital, said mobile phone is a basic need and the new surcharge on top of the 15 percent VAT would burden him further. “The higher rate of VAT is already a torture.”

Ahsan H Mansur, executive director of Policy Research Institute, also criticised the NBR for its plan. “It is a bad idea. They are already charging VAT. Why should they need to impose surcharge?” Mansur questioned.

“My main objection is that it will undermine growth of the broader economy. Because the sector is very pro-growth. Enhanced use of mobile phones reduces cost of doing business and allows people to avoid unnecessary trouble,” he said.

From fish trading to education and large business houses, mobile phones are used in all sectors, he said. “This kind of surcharge will discourage broadening of telecom in all economic activities including education and research. It will be against trade and economy.”

He also said the surcharge will not help the education sector, which will be internet-based in future when more data will be downloaded through mobile phones.

“Broader use of telecoms will bring more tax,” he said.

TIM Nurul Kabir, secretary general of Association of Mobile Telecom Operators of Bangladesh, said the surcharge will hinder growth of the sector and undermine the government’s vision for a ‘digital Bangladesh’.

The sector paid Tk 71,000 crore in different taxes so far. “The government can find other innovative ways to increase revenue from the sector,” Kabir said.

4 Bangladeshis among the dead in Beirut.

No change likely after the pandemic.